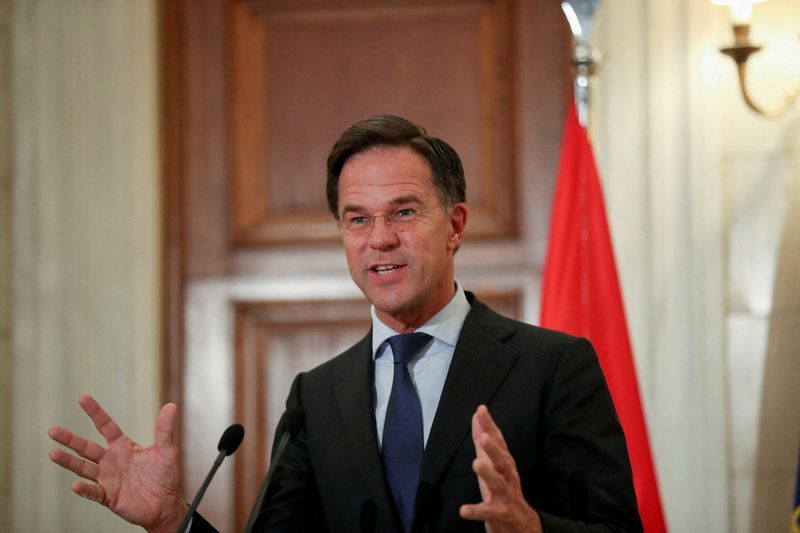 AMSTERDAM (Reuters) – The Dutch government-in-waiting is promising a break with recent history with its aim to invest heavily in social spending, leaving behind years of austerity in the typically frugal Netherlands.

Together with tax breaks for middle incomes and an increase of the minimum wage, this will push up the government’s debt after years of austerity in which the Dutch tried to guide Europe towards fiscal discipline.

“Basically the new government pact signals the Netherlands will become more European, instead of opting for an isolated, frugal stance.”

The policy shift follows other moves away from austerity around the world. Neighbouring Germany’s new government this month introduced a debt-financed injection of 60 billion euros ($68 billion) to supercharge its climate and transformation fund.

First calculations show that the government’s spending plans will edge up its debt to just above 60% of gross domestic product by 2025, with a deficit of 2.5% that year.

That would keep debt well below the European average, but it does mean a significant shift away from the balanced budgets that previous government strived for.

A large part of the spending will be dedicated to climate measures, as the Netherlands has missed most of its climate goals over the years, and is still among the most polluting countries in the European Union.

A designated climate transition fund should bring 35 billion euros ($40 billion) in extra spending in the next 10 years on sustainable electricity, hydrogen and heating networks, and on preparations to build two new nuclear reactors in what would be a radical shift in energy policy.

Another investment fund of around 25 billion euros will be used for nature preservation, and to limit nitrogen emissions from farmers, traffic and construction which are in breach with European regulations.

Despite the Dutch reputation for thriftiness, the policy shift towards higher spending did not happen overnight. The coronavirus pandemic already led to lavish government support with scant consideration for the effect on government finances.

“Around 50 billion euros were cut from the government budget between 2011 and 2017, but almost double that amount was spent on coronavirus-related support since last year”, professor of public economics of Rotterdam’s Erasmus University, Bas Jacobs, said.

The spending plans are also a result of the fractured political landscape in the Netherlands, Jacobs said, as it took the four parties of the upcoming government a record-breaking nine months to agree on the extension of their current coalition.

“The prospect of losing at the next elections makes it increasingly hard to compromise and makes it attractive to buy off any differences of opinion”, the professor said.

The new domestic reality will make it harder for the Dutch to maintain their frugal stance in Brussels, where they led opposition last year against the EU taking on collective debt in the face of the pandemic.

That position could start to shift, especially as the pro-EU D66 party, the main winner of the March 17 elections and the second largest party in the coalition, takes a more central role, Blom said.

“These policies will not only work favourably for the Dutch economy, they will also lead to a shift on the international stage”, the ING economist said.

“I would be surprised if this coalition would turn its back to the European Union as much as the previous government did.”