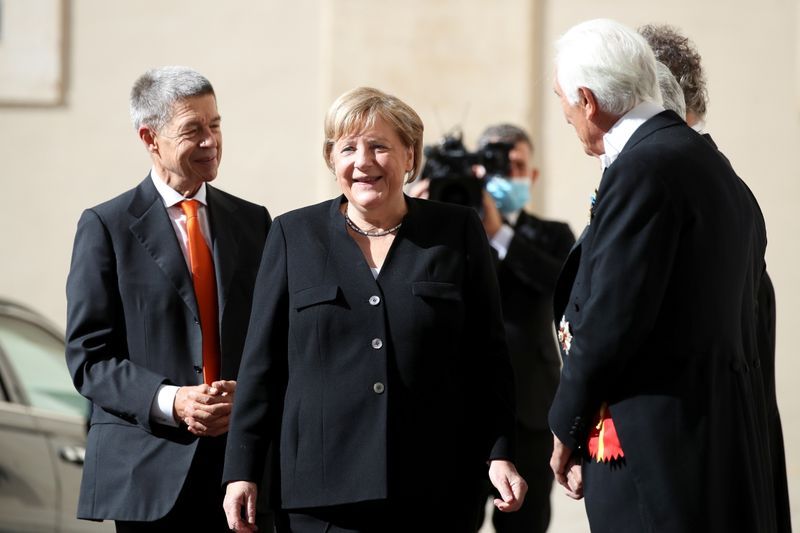 VATICAN CITY (Reuters) – Outgoing German Chancellor Angela Merkel held talks with Pope Francis on Thursday as part of a farewell visit to Italy that will also include meetings with Prime Minister Mario Draghi and her participation at a peace event at the Colosseum.

Merkel and Francis, who have met several times before, spoke privately in the papal library of the Vatican’s Apostolic Palace for about 45 minutes.

In an interview with a Spanish radio network last month, Francis called Merkel, who has led Germany for 16 years, “one of the world’s greatest political figures”.

At the end of the private part of the audience, Francis and Merkel, the daughter of a Lutheran pastor, exchanged gifts.

Francis, 84, gave Merkel copies of some of his writings and a miniature reproduction of one of the bronze doors of St. Peter’s Basilica and she gave him a three-volume collection about the gospels and a book on Michelangelo.

The 67-year-old Merkel, whose conservatives lost in the Sept. 26 election to the centre-left Social Democrats, was later due to meet Draghi, the former head of the European Central Bank, which is based in Germany.

She was due to join the pope and other religious leaders on Thursday afternoon at the Colosseum for the conclusion of a two-day symposium on peace organised by Rome’s Sant’ Egidio Community.