Honda Malaysia (HM) is setting up an official certified used car programme that will kick off in 2022. Think Toyota’s Topmark, Perodua’s POV and BMW Premium Selection.

This was revealed by MeGroup, which has been appointed as an authorised used car dealer by HM on October 11 under the Honda certified used car programme (HCU), reported by The Edge Singapore. The SGX Catalist-listed company says that operations for HCU will start on January 1, 2022, and its Honda Cheras dealership will carry out the pilot programme.

“In diversifying the group’s income stream, the dealership business was recently appointed by Honda Malaysia as an authorised dealer for used cars. This pilot programme will add on to our current dealership’s overall revenue contribution, and we hope to keep growing our used car segment under MeGroup’s dealership business,” said executive director Carol Wong. 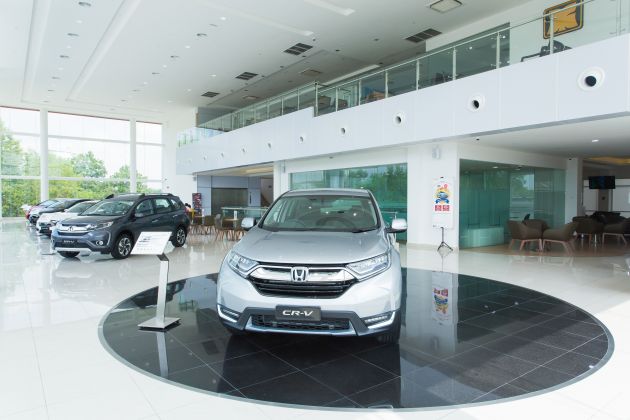 MeGroup describes itself as a Malaysian-based automotive company involved in the manufacturing of NVH and non-NVH components, as well as the operation of car dealerships. The NVH components include headliners and engine outers that are incorporated into various areas of the car, while examples of the non-NVH components are parcel trays and board assembly decks.

Honda aside, the group has dealerships for Ford, Hyundai, Mazda, Mitsubishi and Peugeot. It is also setting up a Proton outlet that is set to open its doors at the end of the year.

What can consumers expect from Honda Malaysia’s certified used car programme? Like similar existing schemes, one can expect peace of mind via through inspection, structurally sound cars, as well as some sort of warranty. Toyota’s Topmark touts up to two years of warranty while Perodua POV advertises up to 18 months.

Having its own used car programme usually means that a brand can maintain some control over residual values, but given that Hondas already command good money, this will be another revenue stream for the company. Used cars are hot now, not just here but globally as well.