Kanmani, who lives in Perak, never expected the 10-second video to garner over 800,000 views on her TikTok channel.

“Never in my wildest dreams did I imagine that my grandmother’s video would be such a huge hit. It was very surprising and an unexpected hit with viewers. Before we knew it, we started to receive orders for the vasambu pottu from all over the world, including from Canada, Mauritius and South Africa,” said Kanmani in a phone interview from Chemor, recently.

On her TikTok channel, the home tutor has posted over 200 videos of her grandmother, fondly known as Ammayi, cooking, gardening, preparing herbal remedies and making ginger coffee. In total, these videos have received close to 2 million likes. The videos have gained Ammayi, who is a grandmother of 13, attention and as a result, she is now known as “TikTok Paati” among her followers.

“Whenever I’m at family celebrations, many people congratulate me and want to take photos with me. I’m always so happy to meet people and share my health tips and remedies,” said Ammayi.

Kanmani is happy that her grandmother has made a name for herself and she hopes to build a business for Ammayi so that she can earn some income. 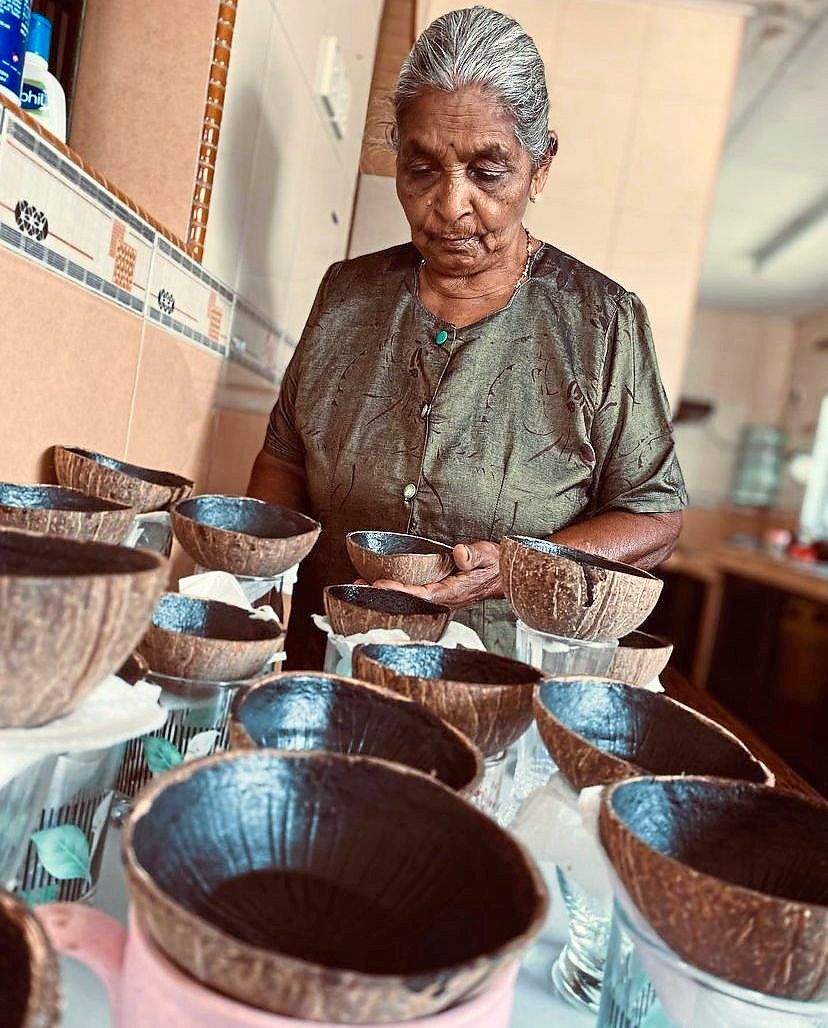 Ammayi is widely known as TikTok Paati (grandmother) among her followers.She is leveraging on social media (and her Ammayi’s relative popularity) to encourage her grandmother to kickstart an online home business.

Kanmani thinks social media platforms like Facebook, Instagram and TikTok have turned into essential marketing tools since the pandemic, especially when people turned to e-commerce platforms to shop from home.

“Since the first movement control order, more Malaysians from all walks of life have started to use social media for various transactions. It’s an effective way to reach consumers. I was inspired to promote Ammayi’s products as it can help my grandmother earn some extra pocket money,” said Kanmani.

Ammayi had already been running a home business selling her homegrown produce like ladyfingers, eggplants, and moringa for about three decades.

Kanmani, who was brought up by Ammayi, has been raised to appreciate her grandmother’s traditional South Indian dishes and remedies, all of which are family recipes that have been passed down through the generations.

Kanmani add that by uploading the videos, she can also save some of her most treasured moments spent with her grandmother.

“Since young, I have watched Ammayi prepare many traditional Indian remedies from scratch. My grandma is a hardworking woman, and I’ve seen her make various Ayurvedic concoctions using many different types of herbs and spices which have health benefits.

“I’ve always thought that she ought to be paid for her time and work. So during the pandemic, I began filming Ammayi’s cooking and preparing traditional herb-coffee recipes.” 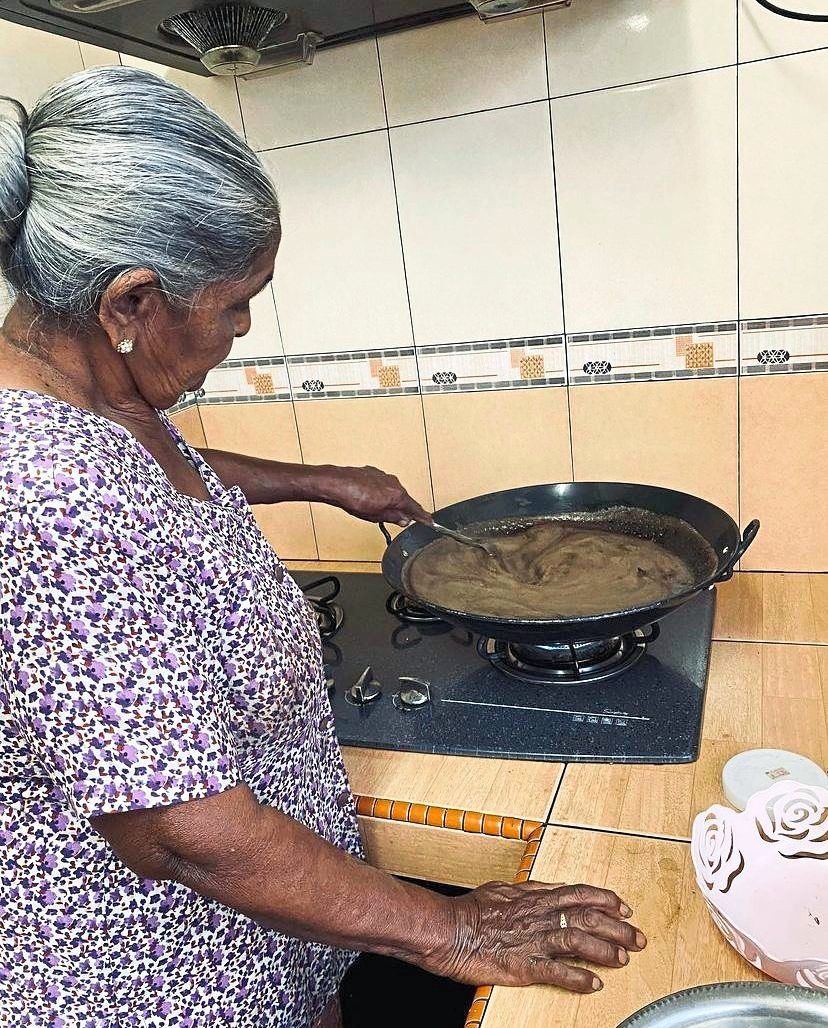 Ammayi’s black pottu paste for infants has been shipped to Canada, South Africa and Mauritius.

Ammayi, who was born and raised in Kampung Columbia in Ayer Tawar, Perak, would love her traditional recipes to be preserved as a means of retaining South Indian cultures and traditions.

“My late mother from Erode, Tamil Nadu, was a first-generation Indian in Malaya. So I learned these recipes when I was 12 years old, and I have been making sukku malli coffee and vasambu pottu since the 1960s for my family’s consumption,” shared Ammayi.

Kanmani was pleasantly surprised at how her grandmother was so at ease in front of the camera.

“Initially, Ammayi was too shy to appear in front of the camera. But after some coaxing, she was more than happy to record the videos. I’m amazed at her confidence.

“She’s a natural in front of the camera going about her cooking, gardening or grinding spices using the ammi kallu (grinding stone),” Kanmani shared.

Ammayi is happy to pass down these age-old recipes and hopes more TikTok users will be inspired to learn about traditional Indian remedies from her short videos.

“It’s my wish that the future generations will learn and practice ancient remedies that have been in existence for generations. Hopefully my videos will inspire people to attempt to eat healthy and boost their immunity during the pandemic,” said Ammayi.