Not all heroes wear capes. So goes the tagline of Wonderful Women Of The World, an anthology of stories released in conjunction with the 80th anniversary of Wonder Woman, which celebrates real-life wonder women of the world.

According to a post on Inkspots, DC Comics’ official blog, the inspiration behind this book is a feature that ran in the back of DC’s Wonder Woman comics from 1942 to 1954, which highlighted powerful and innovative women from history. 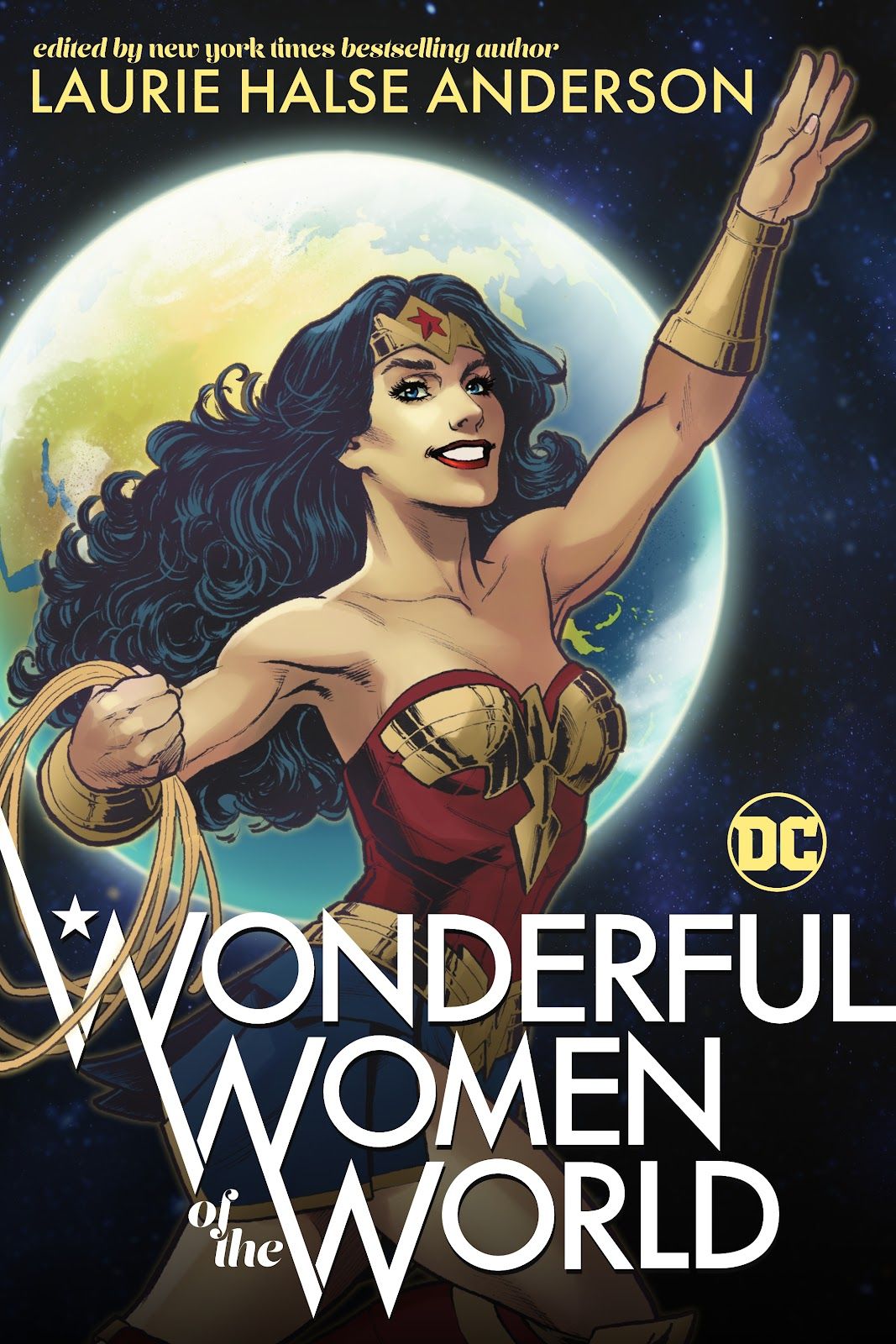 In conjunction with the Amazonian Princess’ 80th anniversary, the publisher has picked up where that feature left off with this new anthology.

The anthology is edited by author Laurie Halse Anderson (who has also written a Wonder Woman graphic novel for young adults titled Wonder Woman: Tempest Tossed), and according to the official synopsis, “connects each highlighted woman through the lens of them being “wonder women” in their own rights – whether they’re athletes, entertainers, scientists, activists or someone who (on purpose) doesn’t fit any specific mold”.

The women selected for the anthology are “real-world heroes who take up Diana’s mantle and work in the fields of science, social justice activism, diplomacy and more”.

What really piqued my interest in this book even more, however, was the fact that one of these wonder women happens to be a Malaysian!

Yes, one of the stories puts the spotlight on Professor Khatijah Mohamad Yusoff, an academician and virologist whose research on how the poultry virus Newcastle Disease Virus (NDV) can be used to treat cancer is recognised worldwide.

Prof Khatijah has received various awards and global recognition for her work, and in 2005, she was awarded UNESCO’s Carlos Finlay Prize for microbiology, and was only the second Asian scientist to win that accolade.

Interested in finding out more about how Prof Khatijah’s story came to be published in a DC comic book, we reached out to the Malaysian artist who drew the comic, 39-year-old Sarawakian sketch artist Hanie Mohd. 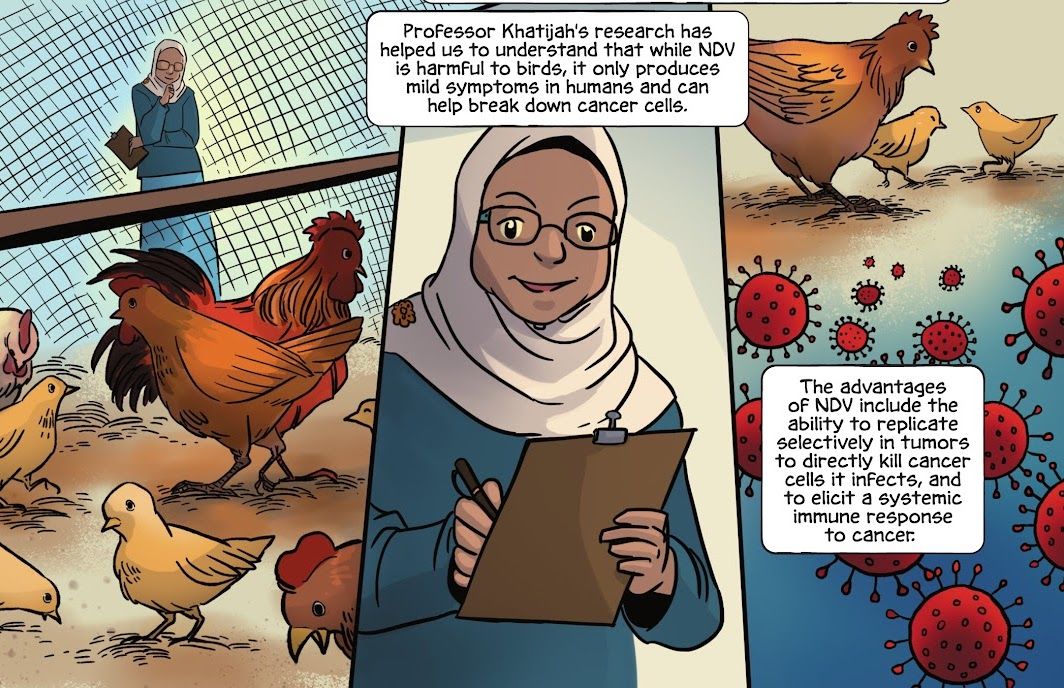 Professor Khatijah Mohamad Yusoff is an academician and virologist whose research on how the poultry virus Newcastle Disease Virus (NDV) can be used to treat cancer is recognised worldwide.

Hanie, whose full name is Nur Hanie Mohd, got involved with the anthology when DC editor Kristy Quinn emailed her to ask if she was interested in taking part in the project. 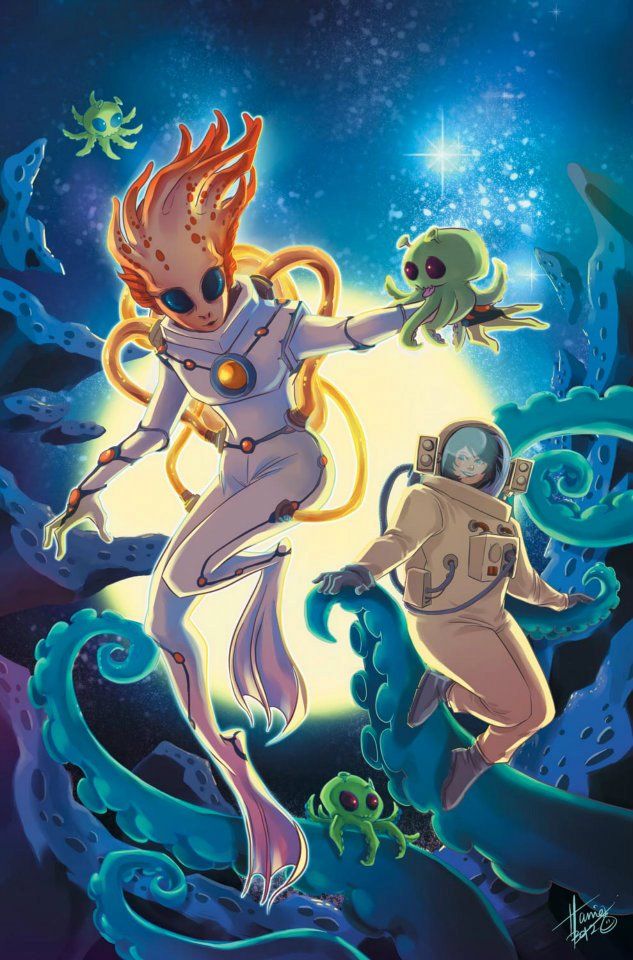 Hanie had previously done some work for IDW’s Womanthology: Space series.“Kristy told me that that I was recommended by another artist that she knows, and asked if I could do some work for them under a very tight deadline. The timeline was a bit crazy, but I couldn’t say no once I heard what the project was about!” Hanie said in an interview.

“I still had to show her samples of my works and storytelling style to get approval from the higher-ups before we actually began the groundwork for the comic.”

Once she got the approval, Hanie was asked to give her input on who she would like to draw, based on a roster of seriously amazing renowned ladies around the world. Once it was decided to focus on Prof Khatijah, she was then asked if she needed assistance in completing the project, as the deadline was really tight.

“I requested for both a writer and a colourist as I feel that I needed to focus on just drawing the artwork. Getting Amanda Deibert on board as the writer was, to be honest, truly mind-blowing for me. She came up with a script, and after doing some research (and building up a reference folder), I drew a rough layout for all eight pages based on the script,” Hanie said.

“The layout is then shared with both Amanda and Kristy so they would be able to see the flow of the story. They gave their feedback based on this first draft, and I would revise the panelling or drawings accordingly following their feedback.

“Once the rough layout/rough penciling were approved, I proceeded to do the final inking for all eight pages. I then passed all these completed inks (along with my reference folder) to the colourist, Shari Chankhamma, whom I chose because I like the way she harnesses colours in her works.”

According to Hanie, the whole process took about a month and a half from start to finish, and was a very collaborative effort where everyone had a chance to voice their opinions in every step of the way. 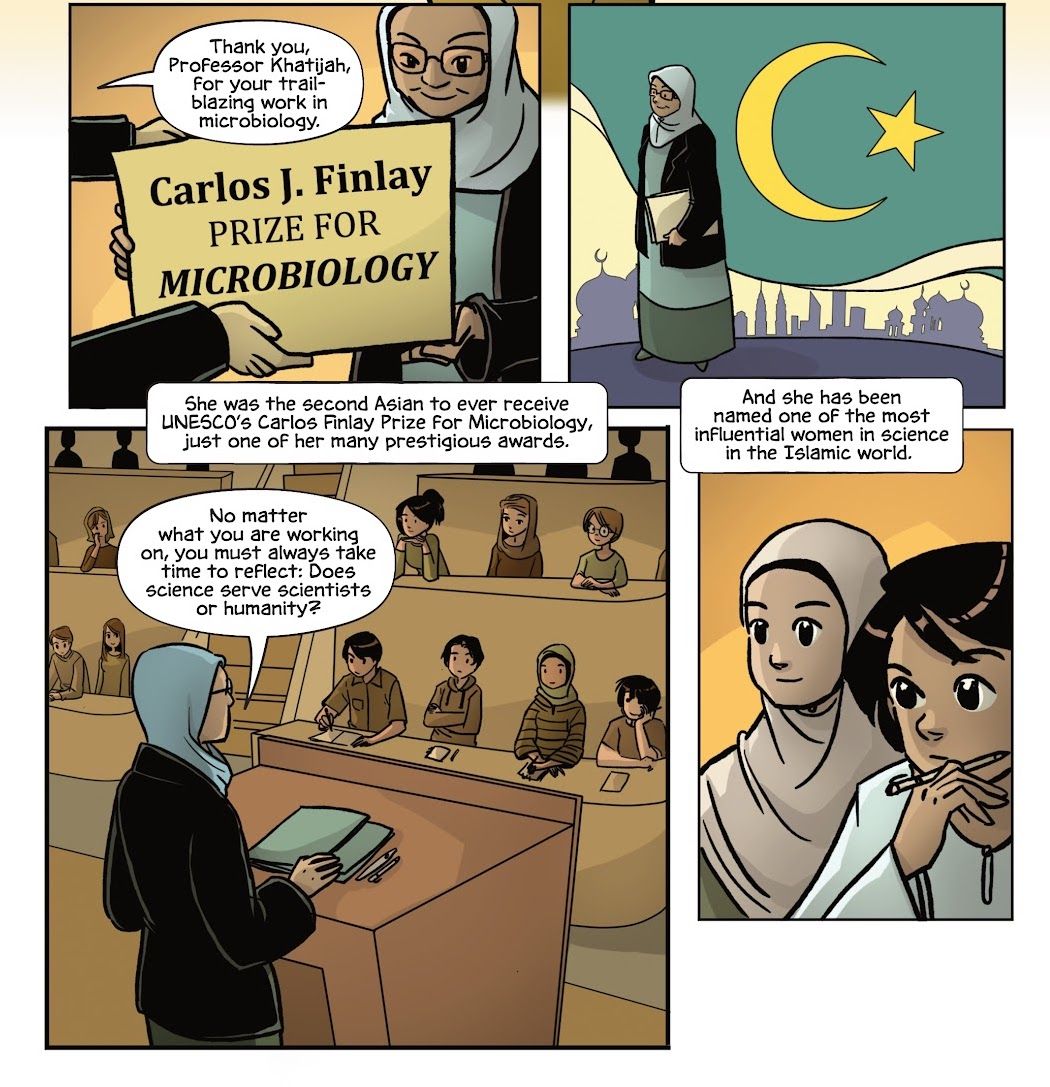 Hanie says that it felt surreal that Prof Khatijah contributed her own thoughts and experiences towards the story.

Wonderful Women Of The World is divided into five sections – Strength, Compassion, Justice, Equality, and Truth. Of the five chapters, “Strength” seems the most appropriate one to describe Hanie’s work on the story, especially since she was also heavily pregnant with her first child at the time.

“I was praying the whole time that I wouldn’t pop anytime soon!” said Hanie, who is currently a sketch card artist.

Although she is not tied to any regular comic job at the moment, she had previously done work for IDW (the Womanthology: Space graphic novel) as well for local comic magazines like Karangkraf’s JOM and SEAD Studio’s Awang Khenit.

Being able to speak to Khatijah herself about the story was also a “surreal” experience for Hanie.

“I sought Prof Khatijah out while Kristy was sourcing a writer, as I wanted to get a head start in getting information about her, and also get a feel on who she is as a person,” Hanie recalled. The artist watched the professor’s lectures online, did some Google searches and finally emailed Khatijah to see if she would be able to answer a few questions.

“I actually didn’t expect her to respond, given how busy she must be, but to my amazement, she actually replied to my email!” Hanie said.

“It still feels surreal to me that Prof Khatijah had contributed her own thoughts and experiences towards the story.

“The whole experience was amazing to say the least. I just feel beyond grateful and humbled by (everything). To be working on an actual Malaysian felt a dream come true, or rather, a dream I didn’t know I could dare hope for,” Hanie concluded.