How much screen time is too much? The answer is ‘It depends’ 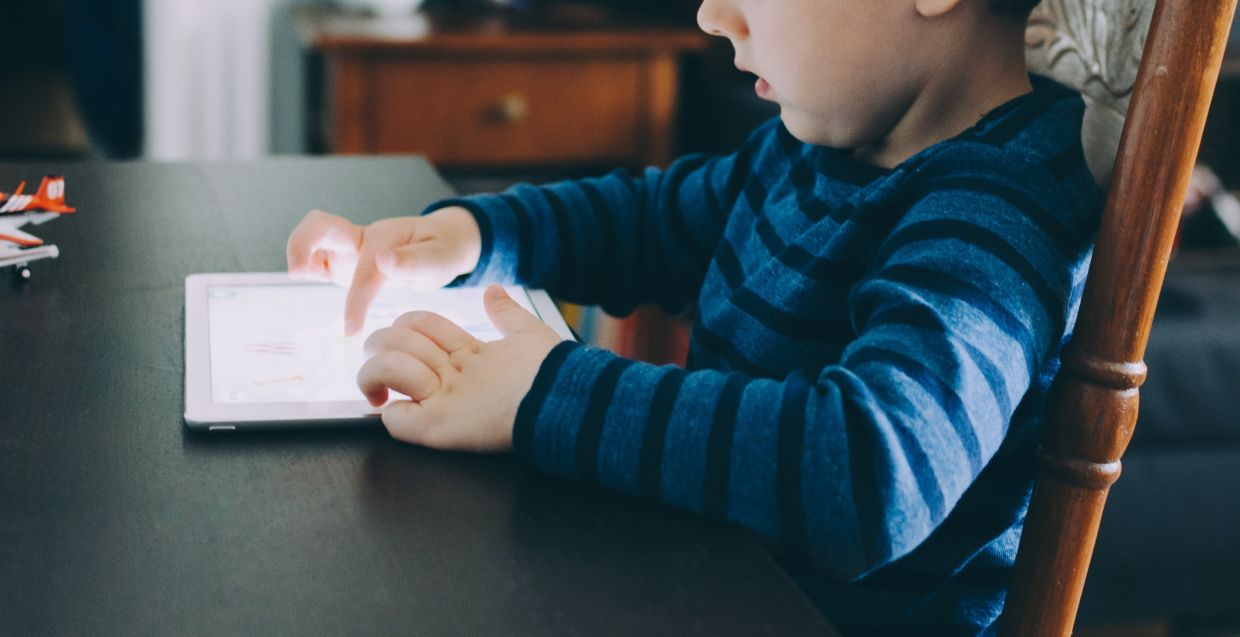 One of the biggest critiques of full-time virtual and blended learning is that kids spend way too much time on screens. Students have complained about getting headaches, and educators have suffered from “Zoom fatigue.”

So how worried should educators be about all that time students spend staring at a Chromebook, iPad, or cellphone screen, especially if it’s followed by hours of television or video games? How many hours of screen time per day is too much?

This interview has been edited for length and clarity.

How worried should educators and parents be about screen time?

Guernsey: The research doesn’t match up with the sensationalised headlines. The research actually shows that there are many things at play in a child’s life and what they’re learning from a screen interaction. It’s not just about the amount of time that they spend in front of a rectangle slide screen.

Instead of time, we really have to look at the three C’s. And those three C’s are looking at the Content on screen; understanding the Context in which the child is playing, watching, or observing what they’re seeing on screen; and then the third C is the (individual) child. There’s so many different needs that children have at different ages and different stages of development in their own context of their family but also in their community.

Can you talk about the fears that parents, and even kids, have had about too much screen time during the pandemic?

Guernsey: I think it’s completely valid that there were concerns, because in the pandemic it was certainly the case that a lot of things were not available to our kids. Being able to be with their peers, or running around outside, or for the older ones being able to go to a concert or a football game. (Kids were) not being able to get together with friends. It was not a good year. To stay inside and to have to try to find ways to entertain yourself or to keep your kids learning is really, really difficult. So I do think that we need to recognise that we want something different than what we had last year and we want that to be something that’s engaging for children.

The science of how children learn really points to how much social interaction matters. How much just getting engaged with new content and exploring new things and being able to ask questions and have some critical inquiry about what you’re seeing and exploring that really leads to even more engagement for kids. That can happen through great TV shows, through really cool (digital) games. That can also happen offline.

Instead of asking the question, ‘how do we get kids off screens?’ Let’s turn the question around and ask ‘how do we make next year so much more interesting, engaging, interactive for our kids?’ I think that that may very well mean for families that have the means and the ability to do so that their kids do some things off screen now. But it doesn’t mean that we’re going to suddenly go back to this world in which all screens are bad.

Are there any health issues related to screen time?

Levine: It’s really important that parents and educators realise that screens can be disruptive to sleep. I think a lot of kids did get out of their sleep routines (during the pandemic) and very young children need quite a lot of sleep. We do need to be concerned about screens (being used) late into the night.

Can you talk a little more about how content figures into screen time?

Levine: When you think about the digital media diet that your child should have, there are things that really are more like treats and then there are things that are wholesome, you know, fruits and vegetables [of television shows or games]. It’s extremely important that the parent monitor and review the quality of content as well as the context and the needs of that individual child. Once you’re getting into the kids who are parts of peer culture, Pokemon Go and Minecraft or more violent video games, there’s quite a lot more work that needs to be done.

How can you improve the context in which your child or student is experiencing screen time?

Guernsey: (When teachers or parents watch with their kids), they’re learning together, they’re having fun. There’s a positive emotional experience that comes out of that. We build on that in communication with teachers, and having more of a two-way street But

(it’s) also just recognising, ‘Hey, it can be fun to talk to your kids about that game that they just played or to maybe play along with them. If it sparks something that they might want to do offline, that’s great too, like maybe that character was so much fun for them they want to draw a picture of it.

How can teachers help parents navigate their child’s use of digital media now that most schools have resumed in-person instruction?

Guernsey: Continued communication between families and teachers can really go a long way to helping children themselves feel like they’re supported both in school and then back at home. Maybe that means continuing to use Zoom, at times, with parents to connect over the best thing for (the) child or having moments where there are songs and stories that are told together through virtual spaces so that parents can be engaged in that, especially for those parents who cannot get to those parent teacher conferences at 4pm on a Tuesday afternoon. The most underserved kids, in communities that haven’t had the resources they need, they really need that ecosystem of support more than ever. – Education Week, Bethesda, Md./Tribune News Service