In Hungary, century-old game of button football is a cherished heritage sport

Flicking a coin-shaped disc around a table-top, Hungarians still adore the simple sport of button football, a game they invented a century ago.

“It’s a traditional national sport, like petanque to the French or baseball to the Americans,” says Attila Becz, who runs a museum dedicated to the game.

The game is played on a large polished-smooth table depicting a soccer pitch with both players controlling a team of discs with a combination of strategy and dexterity.

Players are round and are moved by pressing a pick, finger, or comb on its edge, one turn at a time.

In the 1960s and 1970s before the spread of computer games 65-year-old Becz played the game as a child and began collecting the button players from the age of eight. “In summertime we played football on the streets and in empty lots, then in wintertime button football indoors, there wasn’t much else to do for a football-mad kid,” he said.

Decades later he opened what he calls “the world’s only” button football museum in Szigetszentmiklos close to Budapest.

Rows of cabinets in the small hall display memorabilia including antique buttons from the 1920s and sets of plastic ones bearing the images of modern-day stars.

Photographs on the walls show legendary players like Pele and Ferenc Puskas crouched over button football tables, testament to the game’s popularity through the decades.

“Foreign coaches introduced football to Hungary, then Hungarians took the wooden tactics board used for showing football tactics and made a game out of it a century ago,” said Becz. 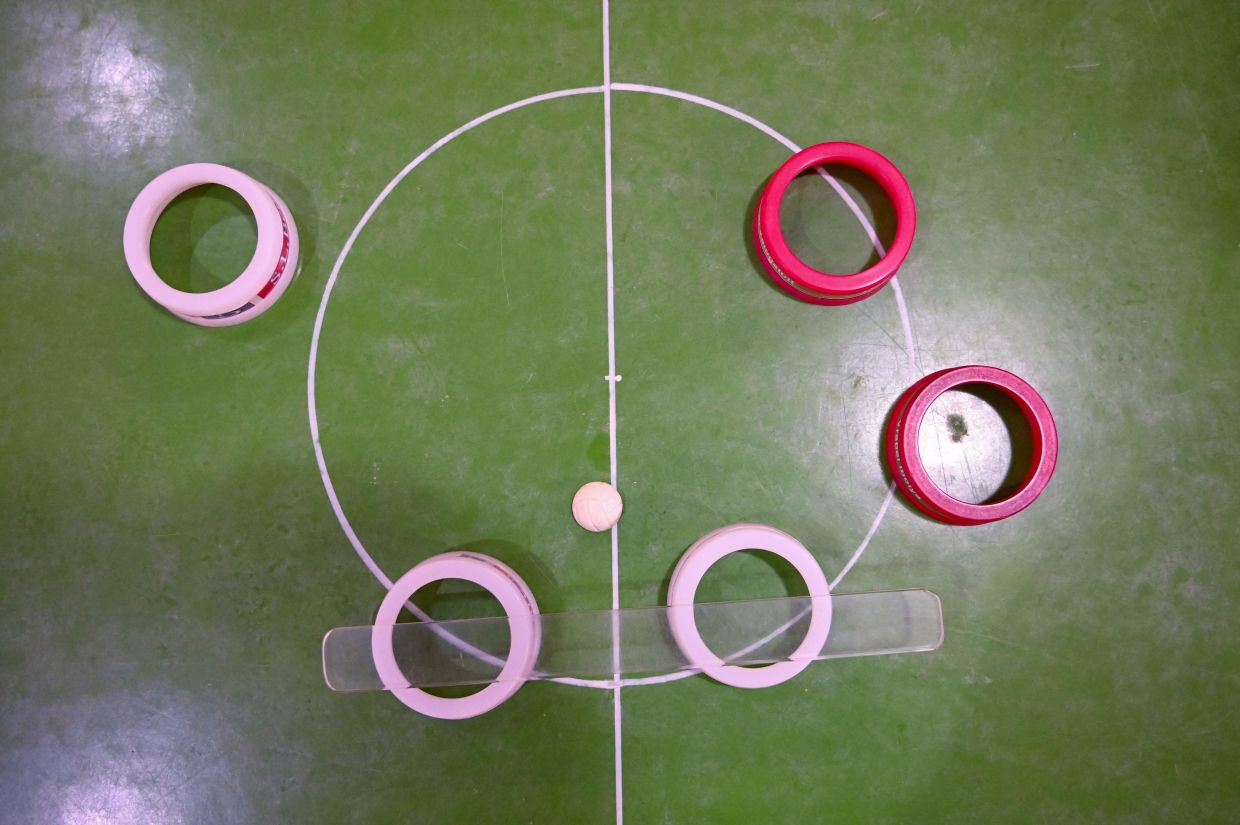 The game is played on a large polished-smooth table depicting a soccer pitch with both players controlling a team of discs with a combination of strategy and dexterity. Photo: AFP

“Back then there were different rules and they used real coat buttons that could slide across a table,” said Becz while handling an antique shiny button from the 1920s.

Buttons were first mass-produced in the 1940s, with player photos stuck on from the 1950s.

“It was a golden age for both button football and Hungary, led by Puskas, were at the peak of world football then,” said Becz.

Although typically played by pensioners, button football retains a cult status among younger generations with about a thousand players in Hungary registered in over 30 clubs according to the game’s governing body.

At a tournament last month in a Budapest community hall a competitor Edvard Katona, 28, said its appeal lies in its simplicity compared to rival video football games.

“It’s like an analogue version of the FIFA console game for us,” he said.

Button football is also popular in Brazil where it has a similarly long tradition although played there with different rules. – AFP