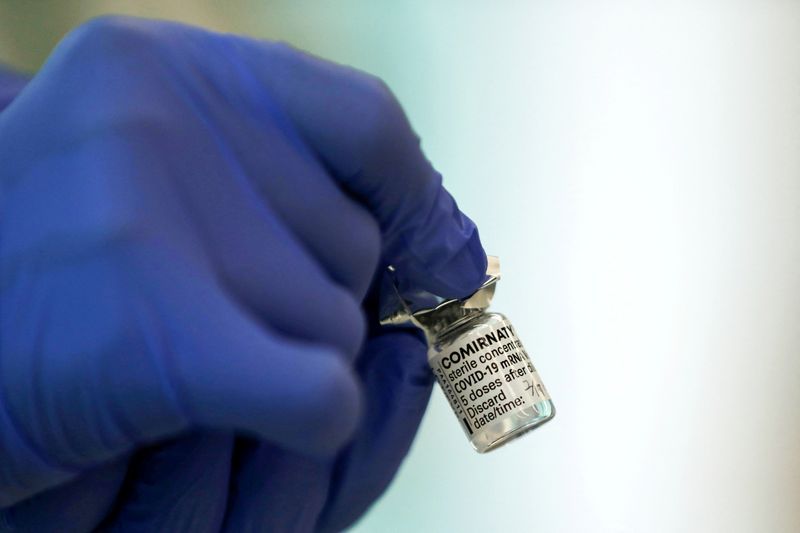 TOKYO (Reuters) – Japanese Prime Minister Fumio Kishida on Friday spoke with the country’s biggest supplier of COVID-19 vaccines amid media reports he will seek to speed up the booster shot programme.

The government wants to speed up vaccine imports and shorten the time between the first two shots and the booster, from eight months to six months, the Jiji news service reported, citing government sources.

Although COVID-19 cases have fallen dramatically since a deadly wave in August, there is growing concern about the Omicron variant, which has been found more than 30 times in Japan during airport screening and quarantine.

Japan has contracted to receive 120 million doses of the Pfizer vaccine next year and had about 16 million in stock as of this month. On Thursday, the government officially approved Moderna Inc’s COVID-19 vaccine for its booster programme, which has so far covered just 0.1% of the population.

After a relatively late start, Japan has fully inoculated almost 80% of its population, the highest among Group of Seven economies.

Health minister Shigeyuki Goto said last week that boosters should be given as soon as possible, instead of holding firm to an eight-month lag from the first two shots.