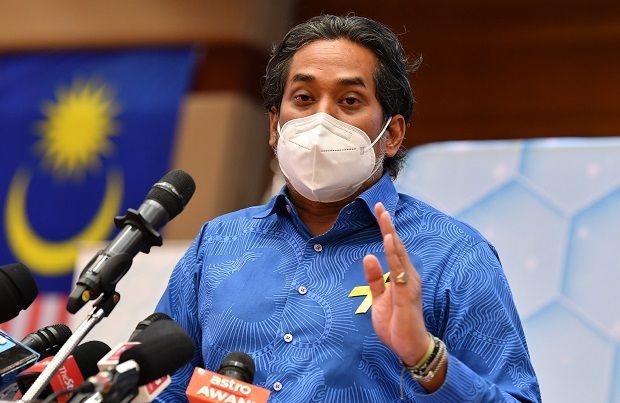 KUALA LUMPUR: The amendments to the Prevention and Control of Infectious Diseases (Amendment) Bill 2021 is needed to fight the next Covid-19 wave in the coming months, says Health Minister Khairy Jamaluddin (pic).

“If I am forced to withdraw the bill, and of course, for the upcoming two to three months until March, we do not have all the measures that we need to face with whatever it is that is going to come,” he told a press conference in parliament on Thursday (Dec 16).

Khairy said that he was informed by the other countries that Malaysia should brace for the impact of the Omicron variant.

“It is coming..and it is here already, it’s just a matter of time,” he added.

Khairy noted that he had informed the Health director-general to send all medical frontliners back to the “battlefield.”

“Although our frontliners might be tired, I have to send them back to the battle stations because the wave is coming and I need the amendments,” he said.

He noted that the amendments were generally aimed at repeated offenders, including big corporations that are making billions of ringgit during the pandemic and politicians who had repeatedly committed offences.

The Health Ministry had lowered the amount of fines in the wake of outcry over the initial sum contained in the Bill tabled in Parliment on Tuesday (Dec 14) for its first reading.

The initially proposed maximum RM100,000 fine or seven years’ jail under Section 24(a) was deemed excessive for individuals who flout Covid-19 regulations.

Also deemed excessive was the proposed RM1mil for a corporate body under Section 25(b).

Under the present Act 342, the health authorities are only empowered to impose a maximum fine of RM1,000 against companies and individuals who flout Covid-19 SOPs.

Opposition leader Datuk Seri Anwar Ibrahim (PH-Port Dickson said that the Opposition bench will not support the amendments owing to the concerns over the excessive fines.

Anwar also said the hefty fines could led to abuse of power in it’s enforcement.

The Prevention and Control of Infectious Diseases (Amendment) Bill 2021 is scheduled to be tabled for second reading and put to vote in Dewan Rakyat today.