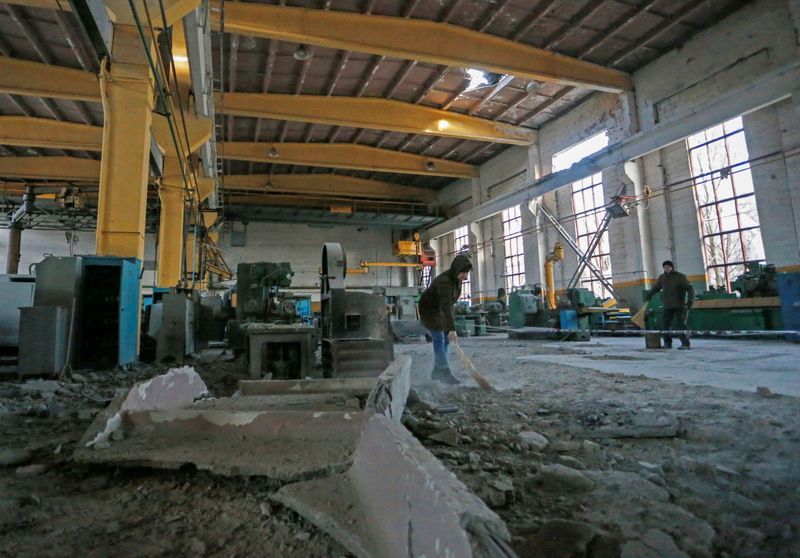 MOSCOW (Reuters) – The Kremlin on Sunday accused the West of artificially whipping up tensions around Ukraine with repeated statements suggesting Russia was poised to launch an attack on its neighbour and told Washington and its allies to stop a military build-up nearby.

U.S. Secretary of State Antony Blinken said on Saturday his country has real concerns, widely shared with partners in Europe, over Russian activities at the Ukrainian border, after Ukraine said it feared Russia might be preparing an attack.

U.S., NATO and Ukrainian officials have been making similar statements for nearly two weeks, referring to what they say are unusual Russian troop movements in the proximity of Ukraine.

Moscow has dismissed such suggestions as inflammatory and complained about what it says is increasing activity in the region by the NATO alliance.

In comments due to be broadcast later on Sunday on state TV, Kremlin spokesman Dmitry Peskov said “a provocation” in the area could not be ruled out given all the U.S. rhetoric.

“This hysteria is being artificially whipped up. We are being accused of some kind of unusual military activity on our territory by those who have brought in their armed forces from across the ocean. That is, the United States of America,” Peskov said.

“It’s not really logical or polite.”

Peskov suggested Ukraine was probably looking for a way to solve its own problems by force.

Peskov said Russia wanted NATO to stop “concentrating a military fist” near Russia’s own borders and to stop arming Ukraine with modern weapons.

The Kremlin said in September that NATO would cross a Russian red line if it expanded its military infrastructure in Ukraine.

Ukraine, which strives to become a NATO member, received a large consignment of U.S. ammunition earlier this year and Javelin anti-tank missiles, prompting criticism from Moscow.