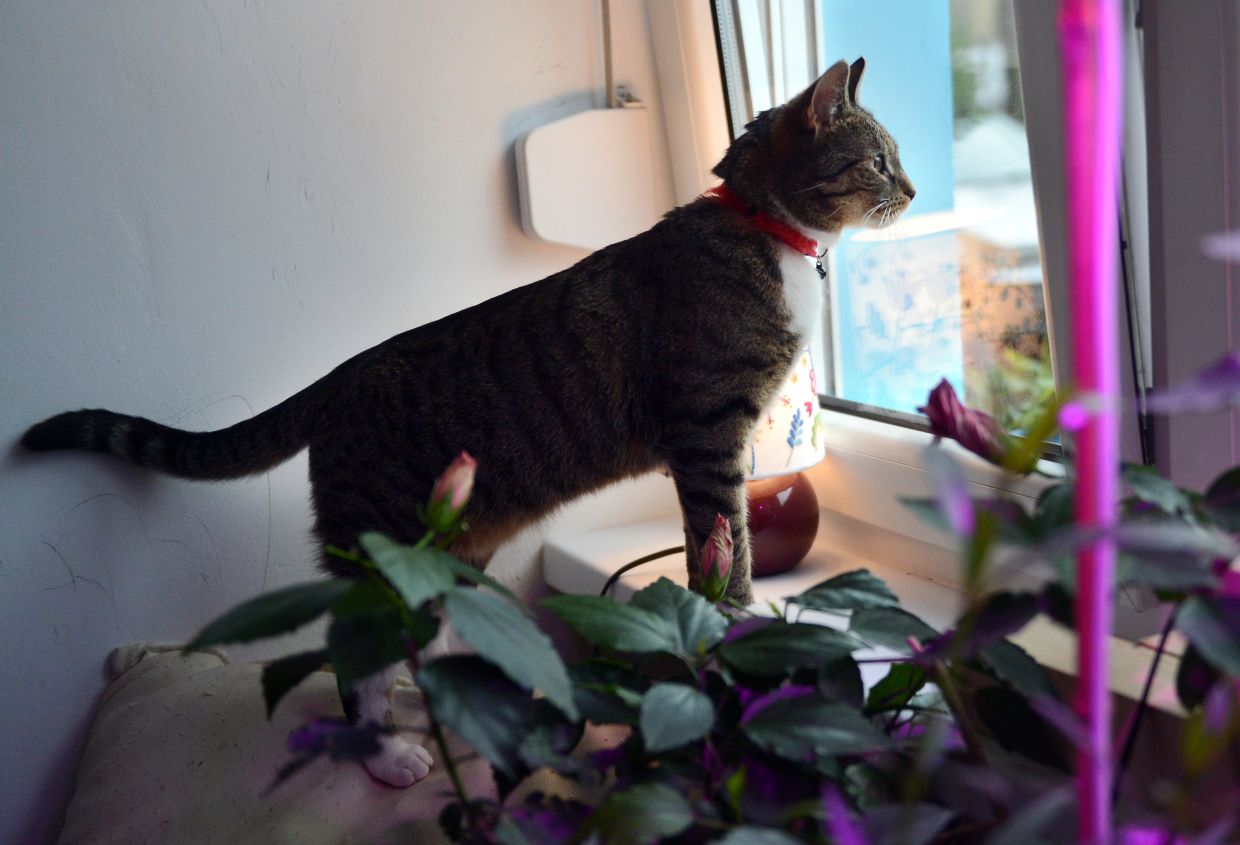 Ever wondered what exactly your cat is thinking, gazing out the window, tail swishing back and forth?

If you were hoping it was a request for your company and attention, you may be disappointed.

In fact, at such moments, the cat is excited but is unable to act on that sensation, perhaps while indoors, eyeing a bird that’s fluttering around in the garden, experts say.

But if you’re trying to converse with your cat, then don’t bother with a diatribe and keep calm, as experts say pets can sense any stress or tension in your voice.

When your cat struts, holding its tail in a vertical position, approaching you with the tip of its tail bent while nuzzling against your legs, it’s a good sign

“This means your cat is feeling friendly, wants to greet you and wants to lavish you with attention,” says Daniela Schrudde, a veterinarian at the Berlin-based Welttierschutzgesellschaft animal welfare society. By rubbing its head against you, your cat is telling you it accepts you as one of its own, she says.

What does it mean when the tip of your cat’s tail swishes back and forth while the rest of its body remains still, spine hunched?

Your cat is feeling afraid or aggressive, and wants some peace and quiet. Schrudde advises that you exercise caution. Cats express their moodiness by wagging their tail, which is sometimes misunderstood by animal lovers who also have dogs.

Cats speak their own language, not only using sounds, but also gestures and scents that humans don’t understand all that well. Sometimes they purr, sometimes they claw at the furniture. What does it all mean?

Another common scenario is the cat lying on its back or side, blinking or with its eyes closed, cleaning itself. This means the cat is feeling content and relaxed. Cats also take little breaks from cleaning themselves when there is something new for them to discover. And in these moments, they welcome being stroked, says Schrudde. – dpa