Low-code in an age where software matters more than anything

If the last few months have taught us anything at all, it’s that we are dependent on software and technology to an unprecedented level. Before the COVID-19 outbreak, there had been a general, albeit slow move towards remote working. Plus, a preference was developing for e-commerce over physical shopping, and there was an awareness of the benefits of videoconferencing. But nothing has thrown into relief our need for technology like our collective experiences in 2020.

While the pace of digitization of just about every facet of life has increased, even as far back as 2011, predictions were being made that software would be central to all our lives. The co-founder of Netscape, Marc Andreessen said that year, “Software is eating the world, in all sectors. In the future, every company will become a software company.”

And, if we accept that software is the way it’s going to be in the workplace from now on, what are enterprises doing about the situation?

The truth is that while many organizations have the resources to employ armies of developers, DevOps professionals, and systems integrators, most companies don’t. Therefore, to stay relevant and competitive, new ways to get software applications, mobile apps, and cloud services up and running quickly and efficiently are needed. The way that is now beginning to happen is utilizing low-code development.

But unlike the low-code environments of 2011, today’s low-code development environments are producing enterprise-grade applications quickly, in an iterative manner compliant with DevOps methodology, and are being deployed by both developers and business function owners.

The advantages of low-code

Anyone who has commissioned a large software project in the last 20 years will tell you how important it is to get the end-users involved throughout the process, right from the first planning meeting. The reasons for that are relatively straightforward: if a piece of software benefits a group of users, or customers, or partners, then having those targeted individuals on-hand throughout should be a given. 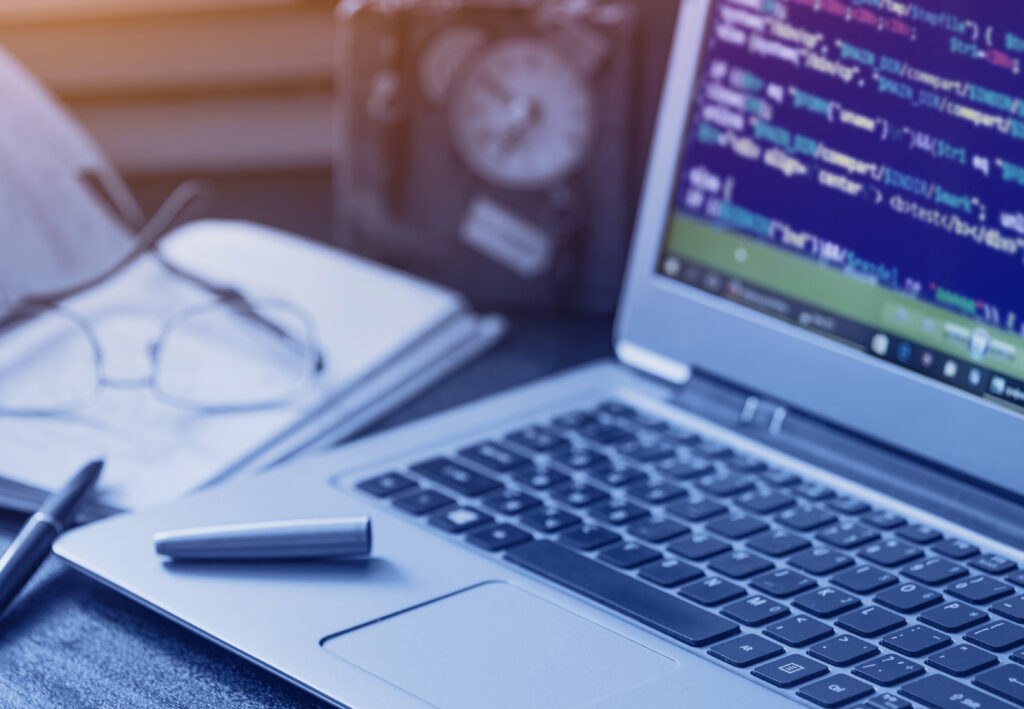 And if we take that situation one step further, equipping those business function owners with the tools needed to make their own software easily is a logical extension. Who, after all, knows the day-by-day intricacies of their workflows? And if the project is a large one, who better to keep the development process up-to-date with any changes to processes or environments that may occur during the process?

Low-code has a further advantage in that today’s platforms offering low-code environments also abstract the integration of any new app into legacy applications and services. Rather than having to wrestle with APIs and dive through dense documentation on every part of existing systems, today’s low-code platforms either discover and configure legacy services on the fly or come equipped with ready-made templates for the hundred or so most common enterprise applications.

That makes light work of what used to be a slow and frustrating problem, one that oftentimes reoccurred when the legacy application had a patch or update applied, sometimes breaking the API conduit. With the types of low-code platforms we’re considering in this Tech Wire Asia article, that’s a problem that’s all but vanishing: intelligent, self-updating API and integration management systems ensure continuous compatibility and much less unexpected downtime.

The developer’s side of the equation

The two low-code platforms featured below take a pragmatic approach to “traditional” development methods and personnel. None of the vendors here suggest that developers will suddenly find themselves unemployed overnight. Instead, developers’ knowledge and experience form a mainstay of all application development processes, and the low-code platforms themselves form an integral part of the toolset. Alongside the bare-bones text editors and IDEs (integrated development environments) of the typical developer, you will find some of the applications featured below — or something very like them. That’s because developers, too, are a pragmatic bunch. If there is a piece of software or utility that does the heavy-lifting of code creation, why not use it? Sure, there might be a certain ascetic purity to hand-crafting every line, but doing so rarely makes economic sense.

Therefore, better to use low-code environments to produce code and then be able to dive in and examine what’s produced; fine-tuning, and adding or editing where necessary.

The application developer’s role is not dead, nor is it ever likely to be (at least, for the foreseeable future). But in combination with those business professionals “at the coalface” who can produce apps with a purpose, the development efforts of the organization will go much faster. That means quicker time-to-production for new apps, a more responsive DevOps methodology, a quicker iterative development process, and a faster cadence between each stage of development: concepting, to code, integration, testing, rollout, and revision. 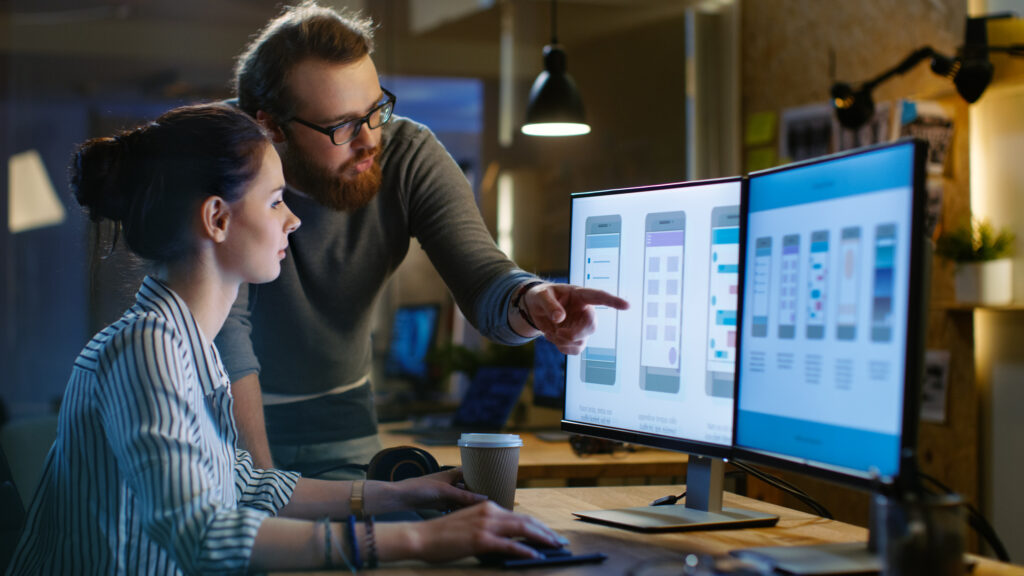 In the forward-looking organization, low-code offers myriad advantages. Applications and services can be created in weeks, not years, improvements made in minutes, not weeks, and customer experience always iterated on.

Here are the two platforms we are considering today. To read more on each in more detail, follow the links.

Ever since low-code was introduced to the marketplace, OutSystems has been the go-to vendor for its innovation and powerful offerings. While some low-code platforms grew out of what was basically either niche software or an extension to existing functionality (Access and Excel come to mind), OutSystems was engineered from the outset to be enterprise-grade and massively scalable.

With OutSystems, users can drag-and-drop visual models to build complex apps and use business logic structures that are immediately recognizable. The platform’s code integrates with multiple platforms out-of-the-box and can heal when, for instance, database schema change under the hood, or an update causes an API revision.

The end-products always adhere to strict usability guidelines, despite the hidden, underlying complexity. Once in the hands of developers, architects, and others, there’s little need for extensive training: most will already possess the tech “vocabulary” to get up and running quickly.

There’s one-click publishing that, as the name suggests, pushes apps to mobile and web in a single step, and there’s simple rollback and staging across all environments built right into the platform. Performance is fast, highly secure, and ticks all the boxes for governing data handling. The platform’s modular construction means that extensions and discrete functionality “blocks” are reusable. The more the platform is used, the quicker producing enterprise-ready applications becomes until all applications are being pushed to production at lightning speeds

In a couple of weeks, we will explore how OutSystems is being used across the APAC region to address the concerns of many of its IT leaders. Check back to this site for that, but in the meantime, you can get involved here.

The people behind Appian know that every company is unique, so even large, apparently change-able legacy systems cost a great deal of money to change to particular requirements.

It’s here that Appian believes its low-code development platform finds its market. Rather than pay for expensive internal development teams to create something unique (or pay for outside consultants to do the same), with Appian, companies can quickly create their own powerful, enterprise-ready applications.

Beginning with a traditional flow-chart environment mirroring business workflows, and true drag-and-drop, even non-technical staff can use the platform to create solutions. Three of the US’s biggest five pharmaceutical companies use Appian – in mission-critical deployments.

Appian’s solution means that apps make a difference to its clients’ internal workings – removing repetitive double- or triple-data entry, for example. But the knock-on effects of even this, the simplest of process automation (between Salesforce and HootSuite, for example), makes massive differences for the better for Appian users’ customers. And that’s what drives the Appian way.

The post Low-code in an age where software matters more than anything appeared first on Tech Wire Asia.