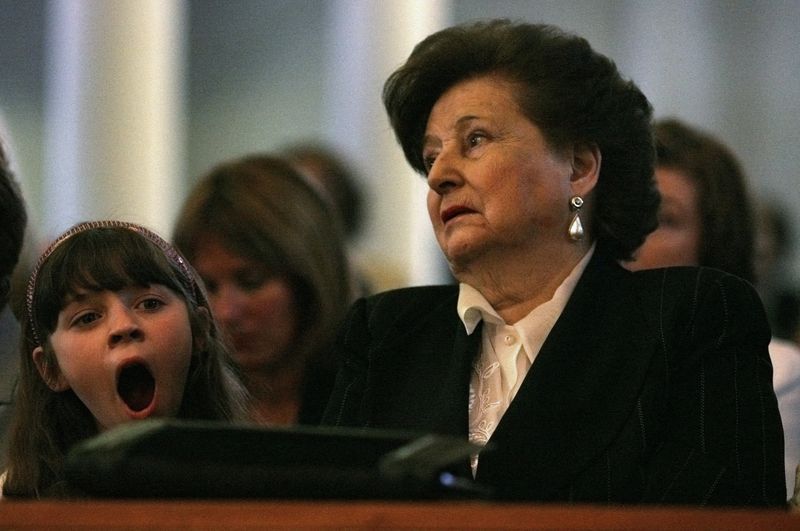 SANTIAGO (Reuters) – Lucia Hiriart, the widow of the late Chilean dictator Augusto Pinochet, died on Thursday at the age of 99, her family said.

Her death came three days before a polarized presidential election in Chile in which one of the candidates defends the legacy of the military regime.

Hiriart aroused strong reactions among Chileans for the perceived influence she had on Pinochet and for the fortune accumulated by her family. Her estate managed a controversial foundation, which was subjected to several judicial probes.

“At the age of 99 and surrounded by family and loved ones, my beloved grandmother passed away. She leaves an immense mark on our hearts,” her granddaughter, who goes as Karina Pinochet on Twitter, posted on the social network.

“She gave her life to the service of Chileans and history will know how to value her great work and her work for our beloved country. Rest in Peace.”

Pinochet, a military general, overthrew the nation’s democratically elected government in a bloody 1973 coup. During his 17-year reign, more then 3,000 people were killed or disappeared and tens of thousands tortured.

During the dictatorship in the 1970s and 1980s, Chile also established much of its current market-oriented economic system, which helped drive decades of growth but also spurred inequality.

In a biography by the journalist Alejandra Matus, Hiriart is portrayed as a tough character who often criticized her husband. The two were married from 1943 to 2006, when Pinochet died.

Chile will vote for a new president on Sunday between leftist Gabriel Boric and ultra-conservative Jose Antonio Kast, who has previously defended Pinochet’s legacy and said the former dictator would have voted for him if he were still alive.

(Reporting by Fabian Cambero in Santiago; Editing by Adam Jourdan and Matthew Lewis)