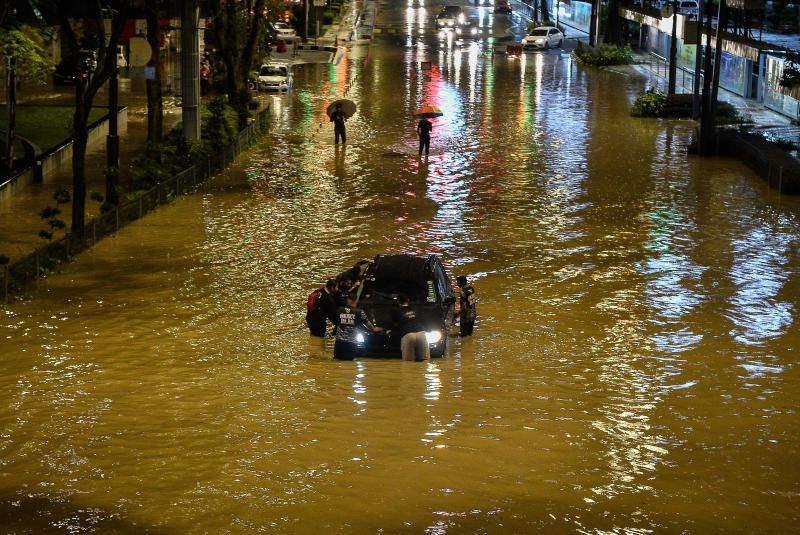 KUALA LUMPUR: The continuous downpour since Friday (Dec 17) has affected several areas in the capital including the city centre and major roads.

The photos also showed situations where vehicles were trapped by the rising floodwaters and unable to move as the water level reached knee-high.

It was also reported that part of Jalan Tuanku Abdul Halim heading towards Istana Negara is sinking.

“Be prepared for the possibility of floods,” he said.

He also said any complaints related to floods can be made through the Flood Operations Room of the Kuala Lumpur Department of Irrigation and Drainage (DID) at 03-22028142 or through its Public Complaints Management System (SISPAA).

Meanwhile, Prasarana through a tweet announced the closure of Masjid Jamek Light Rail Transit (LRT) station until further notice, because of the worsening flood situation.

“All trains will not stop at the Masjid Jamek Station. Passengers are advised to take alternative transport. We apologise for the inconvenience caused,” read the statement. – Bernama