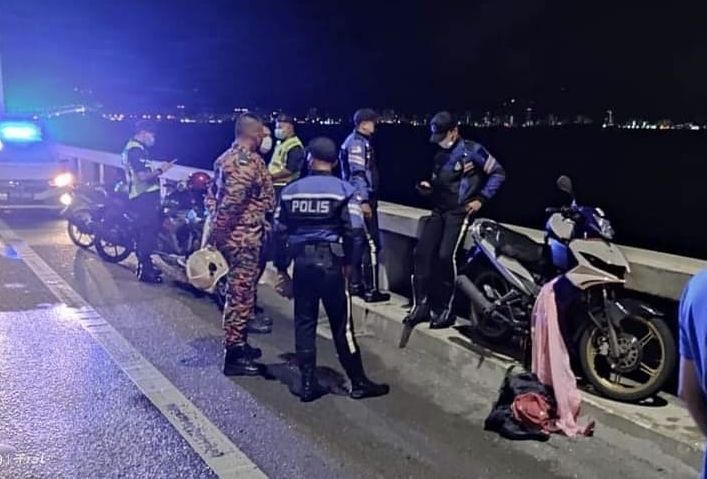 GEORGE TOWN: A 24-year-old man is feared to have drowned after leaping from the Penang Bridge here on Thursday (Oct 7) night.

Penang Malaysian Maritime Enforcement Agency (MMEA) director Capt Abd Razak Mohamed said the agency received the information from MERS 999 informing them about the incident at KM12.5 of the bridge mainland bound at about 11.20pm.

“Upon receiving the report, MMEA sent its boat PERKASA 1221 to the scene for search and rescue (SAR) operation,” he said in a statement.

Capt Abdul Razak said a motorcycle believed to belong to the victim was found at the location with a note indicating his name, age and his address at Pangsapuri Kejora, Teluk Kumbar, Penang.

He said the search and rescue operation was activated at midnight involving the Fire and Rescue Department and marine police from Batu Uban.

As of press time, rescuers were still scouring the sea for the victim’s body.