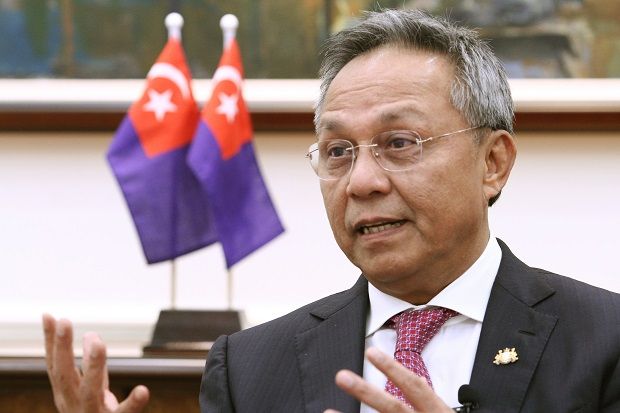 Mentri Besar Datuk Hasni Mohammad (pic) expressed his thanks that the government had agreed to set up a special task force to review laws relating to the Pulau Batu Puteh case.

“Johor very much welcomes the decision made by the Cabinet as the issue of Pulau Batu Puteh between Malaysia and Singapore is indeed very close to the state government and its people, both in terms of history and its position because it is near to this state.

“Therefore, the state government has given its assurance that it will provide cooperation and assistance to the Federal Government in its efforts to obtain various documents and views required,” he said here on Sunday (Oct 10).

Hasni also said that the state government agreed and would provide full support on taking legal action under the “tort of misfeasance” towards any parties found to have committed negligence and error for not pursuing the application for review and interpretation of the case.

He added that the state government also wants the matter to be expedited so that those who were responsible would be brought immediately to justice.

“Based on the findings from the investigation, the state government is also ready to take legal action against those who are responsible,” he said.

Hasni also said the state government hopes that the special committee would be able to carry out its task well and prays that their effort would lead to success.

“The task force will conduct thorough research and propose suitable options by getting views from experts on international laws.

“Such efforts will be aimed at rechecking laws relating to the review and interpretation application of the case.”

He said the task force would be given six months to produce findings and recommendations for the Cabinet’s further action.

On May 28, Mohd Hatta Sanuri, 45, sought an order for the government to provide a written explanation as to why they had withdrawn from the review application over the International Court of Justice’s (ICJ) decision that Singapore has sovereignty over Pulau Batu Puteh.

Last month, the Kuala Lumpur High Court allowed an application by the PM and the government for a time extension to file their statement of defence against the suit.

The Prime Minister and the government, as first and second defendants, have until Oct 23 to file their statement of defence.

Based on the notice of application filed on Sept 7, the defendants had applied for more time on the grounds that the plaintiff’s statement of claim was weighted with matters related to the history of the Pulau Batu Puteh dispute between Malaysia and Singapore since 1979.