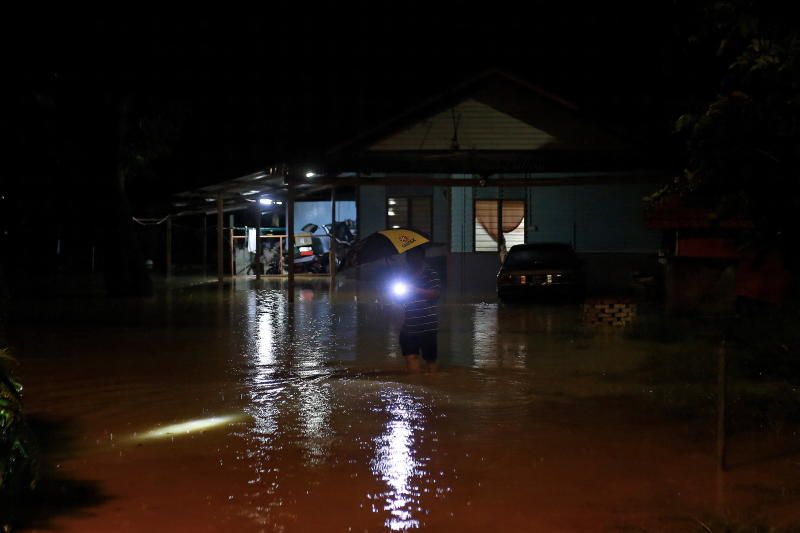 Melaka, Selangor and Negeri Sembilan became the latest states to be hit by floods apart from Kelantan, Pahang and Terengganu.

In Kelantan, the number of evacuees had increased to 798 people from 170 families compared to 735 victims from 156 families on Friday.

Meanwhile, the Department of Irrigation and Drainage (DID) through its portal https://publicinfobanjir.water.gov.my reported that the water level of two main rivers in Kelantan had reached the danger point.

In Pahang, nine more PPS were opened in Raub this morning, housing 513 victims from 137 families, bringing the total number of operational PPS to 25.

In Terengganu, the number of victims remained at 66 people from 14 families housed in two PPS.

The DID’s portal reported that the level of Sungai Dungun in Pasir raja had breached the danger point, namely at 37.97m (danger level is 37.5m).

He said floods also forced the evacuation of about 64 residents in Kapar, Banting, Port Klang, Andalas, Pulau Indah and Sepang to several PPS.

In Melaka, one PPS was opened at SK Durian Tunggal, Alor Gajah to house 40 victims from 11 families. – Bernama