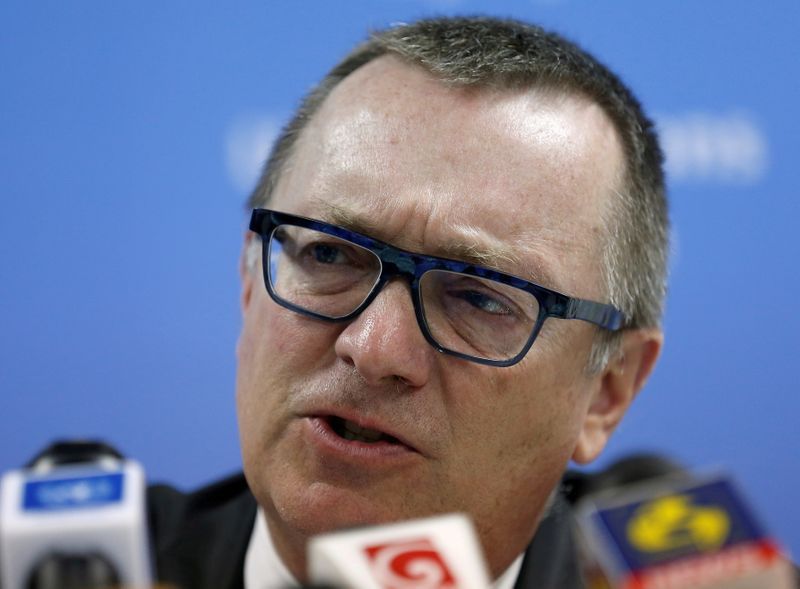 WASHINGTON (Reuters) -U.S. Special Envoy for the Horn of Africa Jeffrey Feltman said on Tuesday that “massive progress” toward getting all parties to Ethiopia’s conflict into negotiations on a ceasefire is at risk of being outpaced by an “alarming” military escalation.

Feltman briefed reporters in Washington after returning on Monday from Ethiopia, where he met Prime Minster Abiy Ahmed and discussed a potential diplomatic solution to the conflict.

Both Abiy and the Tigray People’s Liberation Front (TPLF) seem to believe they are on the cusp of military victory, Feltman said, expressing concern that developments on the ground threaten Ethiopia’s overall stability and unity.

“There is some massive progress in trying to get the parties to move from a military confrontation to a negotiating process. But what concerns us is this fragile progress risks being outpaced by the alarming developments on the ground that threaten Ethiopia’s overall stability and unity,” Feltman said.

War broke out in November 2020 between Ethiopian federal troops and forces loyal to the TPLF, the ruling party of Tigray. Thousands have been killed in the conflict, which has since spread into two neighboring regions in northern Ethiopia.

Feltman said both sides in the conflict were talking to the United States about beginning a discreet peace process, and said there is overlap on what the two sides describe as essential to get to de-escalation and a negotiated ceasefire.

Although he discussed a diplomatic solution during his meeting with Abiy on his most recent trip to the country, the Ethiopian leader expressed confidence he would be able to achieve his goals militarily, Feltman said.