‘Minecraft’ in the classroom? For this US school, eSports is more than a game 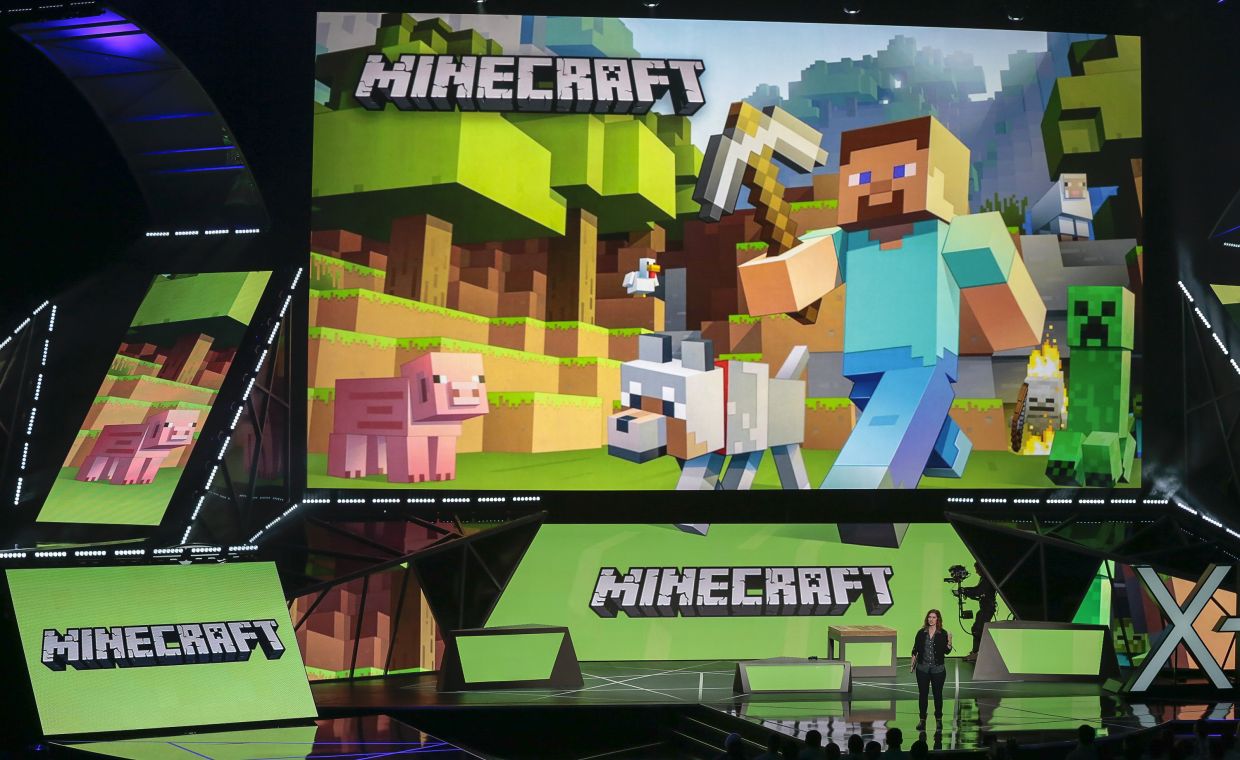 Parents, stop trying to get your kids to put down that Xbox controller. Playing video games after school could actually land them a career in computer science, broadcasting or even business.

Just ask leaders in the Central Bucks School District, which earlier this month opened registration for a new eSports league for Fortnite and Minecraft players. Superintendent Abram Lucabaugh said the new extracurricular connects to “a number of academic areas,” including business education, computer science and art.

Partnering with Warminster-based Metro Esports, the league takes something Lucabaugh said most students already engage with and connects it to their school and community.

“I’m always looking for ways to increase our students’ access and opportunity to connect to things that build community…. (Central Bucks and Metro) really saw the potential for this to be a landing point for our students and build increased community, and also tap into something that is very relevant for students,” Lucabaugh said earlier this month.

This winter’s first season begins on Feb 1 with the battle royale game Fortnite for students 13 and over, and the open-world builder Minecraft for students across all elementary, middle and high schools.

Ari Evans, Metro’s eSports director, said each of the six-week seasons, which run year round, will include one competitive game for middle and high school students and one casual game for all ages.

Evans said the district is focusing on games that can be played across multiple platforms, like personal computers and game consoles, and are either free to play or inexpensive.

Depending on the version, Minecraft can sell for about US$25 (RM104) and Fortnite is free to download.

For the older students, the league is an opportunity for students who might be uninterested in traditional sports to get the same team building, leadership and communication skills those programs offer.

“While this may be new, and it may be something that is not a known entity to parents and to folks my age, this is a burgeoning industry and an opportunity for relevance that schools crave,” Lucabaugh added.

Esports in Pennsylvania had a banner year in 2019, but Evans said the pandemic has also helped drive eSports into what some estimate to be an over-US$1bil (RM4.2bil) industry this year.

A Pottstown teen, Kyle Giersdorf, took home the US$3mil (RM12mil) grand prize for the Fortnite World Cup held at Arthur Ashe Stadium in New York in August 2019, and eSports in schools have been booming across the commonwealth in recent years.

The Pennsylvania Scholastic Esports League formed the same year and now has nearly 150 school clubs and teams among its membership, including the eSports club at Quakertown Community High School.

Metro event coordinator Zach Archer added that the competitive league is going to be set up very much like any traditional athletics league, from practice times and local playoffs to the chance for athletic scholarships to colleges like Drexel University and 10 other state universities.

Just like football or baseball, eSports can be a steppingstone from after-school hobby to a career on and off the digital playing field.

“We want this to be as serious and as close to the traditional sports that are offered in schools, we want it to be taken just as seriously,” Archer said.

In the realm of professional eSports are jobs for people who can broadcast matches, provide commentary and help manage day-to-day operations for larger organisations.

“Moving forward, we’ve talked to some of the administrators about getting some of the kids more involved who may not be interested in competing,” Archer said during a recent phone interview.

Of course, there could be no eSports league without the developers making the next Among Us or Rocket League.

Central Bucks offers computer programming courses already, but Metro and Central Bucks officials are planning a curriculum for video game development and design classes outside of the league.

In addition to being the county’s local gaming lounge, Metro is also a mix of content-creation studio and programming education centre.

Metro has studios for members to create podcasts and video content and offers a catalogue of accredited programming courses with opportunities to intern for companies like Comcast, Microsoft, Logitech and SAP.

“You can come to Metro to create content, to learn how to code, to play games, to make games… with Central Bucks, the best thing is that they’re interested in all of it. They’re interested in bringing all of those opportunities to the schools and to the students,” Evans said.

Lucabaugh said the video game courses for the district are still being drafted, but might start appearing at the school board’s curriculum committee sometime over the next six months.

While Metro and Central Bucks work out the details on those classes, Evans said the Minecraft league is going to incorporate some of Metro’s educational tools into weekly challenges for those players.

For the uninitiated Baby Boomers, Gen-Xers and Millennials born in the mid-1980s, Minecraft is a sandbox crafting game where players can build just about anything from the resources dug out of the in-game dirt and rock.

Since it first released in 2009, millions of players spent hours building scale recreations of cities and even computers like the Enigma Machine — the code-breaking device created by British mathematician Alan Turing in World War II to intercept German messages.

The online Minecraft server for Central Bucks will be open 24 hours a day to students registered in the district, moderated via Metro employees, its partners and software.

In other words, a student can be in class even when playing what might already be their favourite game.

It’s that engagement with the materials that gives this new league such potential, according to Central Bucks educational technology analyst Brian Merrill.

“Something that I’ve always looked at as a teacher is, how do you hook kids in?” said Merrill, previously a fifth-grade teacher in the district.

Merrill used to use Minecraft in some of his lessons before his current role looking for new ways to bring tech into the classroom.

While the development of the eSports program has been generally well received, Merrill said he hoped that the Central Bucks league will show other districts what the growing eSports field can offer to education.

“It’s a great activity for kids that maybe don’t already have a group activity to do… I think it would be a missed opportunity (for other districts not to start a league),” Merrill said.

Lucabaugh added that eSports might unfamiliar to parents and “folks (his) age, this is a burgeoning industry and an opportunity for relevance that schools crave.”

“Guess what? Kids are really excited about this, and if kids are excited about something that’s connected to their school, that’s a win-win for everyone,” Lucabuagh said. – Bucks County Courier Times, Levittown, Pa./Tribune News Service