Motorsport: Motor racing-Hamilton fashions his own way of blowing off steam 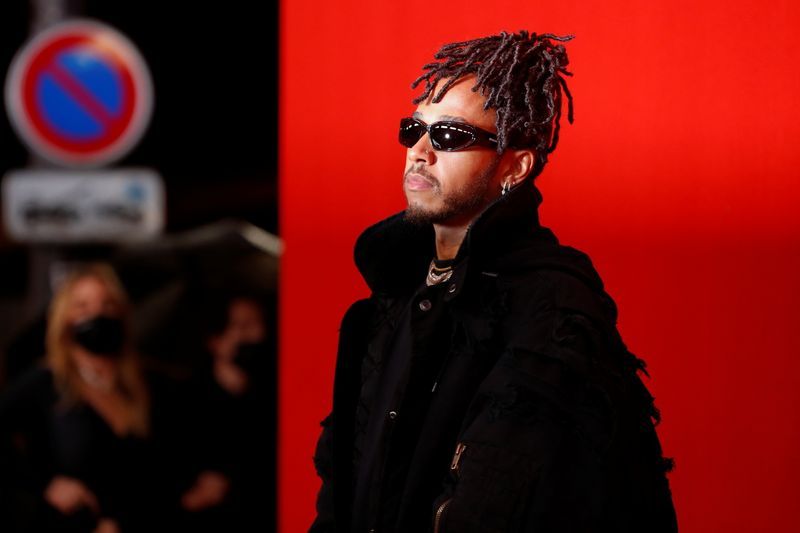 (Reuters) – Seven times Formula One world champion Lewis Hamilton says his love of fashion has helped him ‘blow off steam’ and stay fresh and focused on the title battle with Red Bull rival Max Verstappen.

The Mercedes driver turned up to meet the media at the Turkish Grand Prix circuit outside Istanbul on Thursday wearing a striking blue and black Burberry kilt, matching trousers and overcoat.

The Briton attended a Balenciaga event at the Paris fashion show last week and hosted a table for young Black fashion designers at the Met Gala in New York last month.

Hamilton said the fashion world, where he mixes with designers and models, was very different to Formula One and one where he could be himself.

“I love being able to separate from the sport. The intensity of this whole season is difficult for everyone that’s at the track,” said the 36-year-old, who is two points clear of Verstappen with seven races remaining.

“So when I come back, it always feels fresh when I come to a grand prix, because it (Formula One) is not something I’ve been thinking about every single day.”

Hamilton — who uses his platform to campaign for social justice and diversity — explained that his Thursday outfit was gender neutral and it was important for anyone to be able to wear whatever they wanted.

“There will be people that don’t understand it, but that’s OK,” he said. “Hopefully they’ll eventually go through the ‘opening their mind’ phase and let people be who they want to be.”

The Briton, the sport’s most successful driver of all time and also the only Black racer, said he had always been attracted to the fashion world.

“When you’re in a fashion week, for example, you’re surrounded by people from all different walks of life, expressing themselves in different ways,” he said.

“I love that environment where I’m able to express myself. I now do that on the racetrack. And I feel free to be able to do so.”

Hamilton won his seventh world championship in Turkey last season but the 2021 championship looks set to go down to the wire.

The reigning champion faces a tough battle to add to his tally against an opponent who is chasing a first title and has so far won seven races this year to his five victories.

(Reporting by Alan Baldwin in London, editing by Toby Davis)