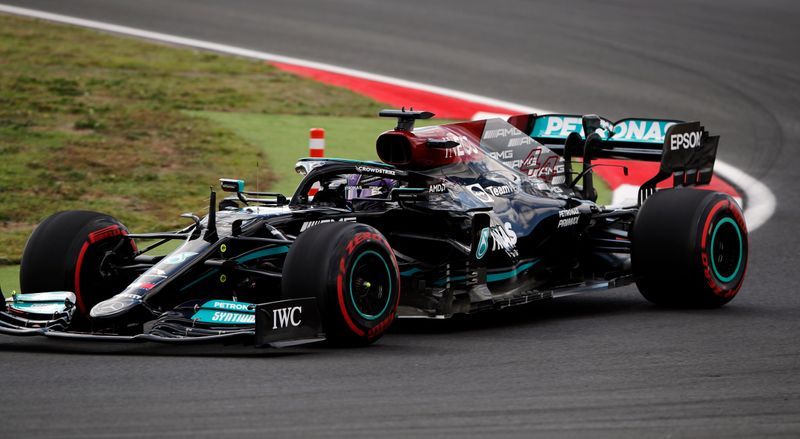 Hamilton, who will have a 10 place grid penalty for Sunday’s race after exceeding his season’s engine allocation, lapped the Istanbul Park circuit with a best time of one minute and 24.178 seconds.

Verstappen, two points behind Hamilton with seven races remaining, was 0.425 slower than the seven times world champion on a clear morning with both setting their best laps on the soft tyres.

Red Bull were debuting a one-off, mostly white, livery to honour departing engine partner Honda on what would have been the Japanese manufacturer’s home race weekend at their Suzuka circuit.

That race was cancelled due to the COVID-19 pandemic and replaced by Turkey.

Ferrari’s Charles Leclerc was third fastest, 0.476 off Hamilton’s time, and ahead of the Briton’s Mercedes team mate Valtteri Bottas in fourth on a track with much more grip than last year’s slippery surface.

Spaniard Carlos Sainz was fifth for Ferrari, but he will start Sunday’s race from the back of the grid due to penalties resulting from the a new upgraded power unit in his car.

Esteban Ocon lapped sixth fastest for Alpine on hard tyres with McLaren’s Lando Norris, on pole at the previous round in Russia and leader until he made the wrong tyre call when rain fell late in the race, in seventh.

(Writing by Alan Baldwin in London, editing by Toby Davis)