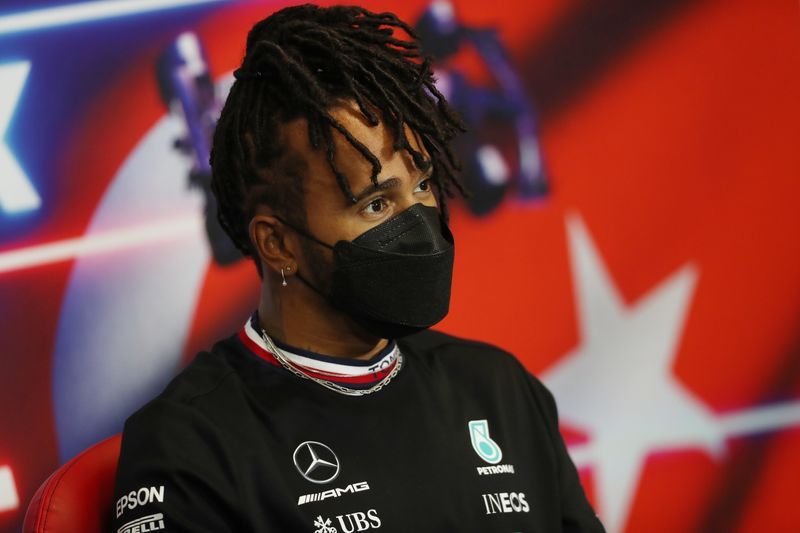 ISTANBUL (Reuters) – Seven-times Formula One world champion Lewis Hamilton will take a 10-place grid penalty for the Turkish Grand Prix after Mercedes changed the engine on his car on Friday.

The new internal combustion engine (ICE) exceeds the Briton’s allocation of three for the season, triggering the penalty.

Hamilton is two points clear of Red Bull’s Max Verstappen with seven races to go, including Sunday’s at the Istanbul Park circuit, and any mechanical failure in a race would be a big blow.

Verstappen took a penalty at the previous rain-hit race in Russia, starting last but still finishing second to limit the damage.

Hamilton won in Turkey last year, clinching his record-equalling seventh championship. He had played down the need for an engine change on Thursday.

Ferrari’s Carlos Sainz has taken an entire new power unit as part of a planned upgrade and will start from the back of the grid.

(Reporting by Alan Baldwin in London, editing by Peter Rutherford)