Motorsport: Motor racing-Sainz says he has nothing lose with back row start in Turkey 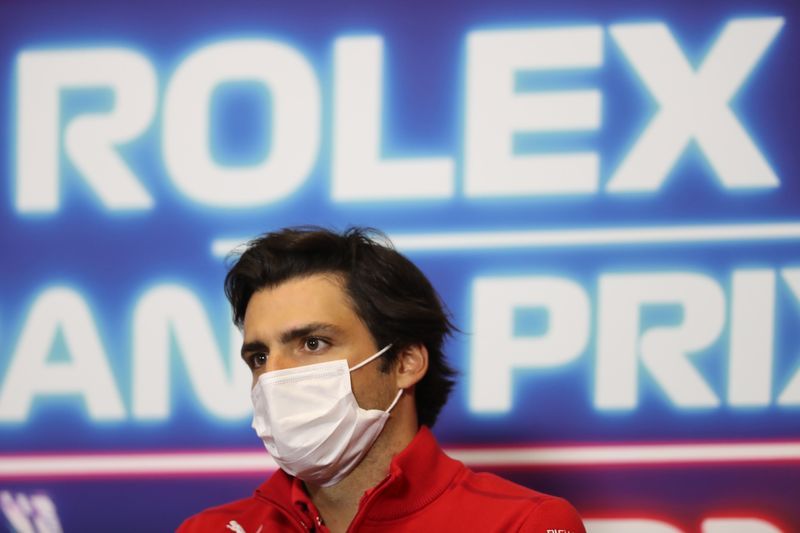 ISTANBUL (Reuters) – Ferrari’s Carlos Sainz said he had nothing to lose in starting Sunday’s Turkish Grand Prix from the back of the grid due to an engine penalty and was excited at what he might achieve.

The Spaniard, who finished third in the Russian resort of Sochi two weeks ago, collected the grid drop for exceeding his engine allocation for the season as a result of a power unit upgrade.

“It actually doesn’t feel that bad. You go into a weekend with a new PU (Power Unit) that will hopefully bring a bit of performance,” he told reporters at the Istanbul Park circuit on Thursday.

Sainz, who is not in title contention but whose Italian team are battling McLaren for third place, added that he had a “pretty good” track record of clawing his way back.

He said overtaking opportunities would depend on the level of grip on the track, which is expected to be more abrasive this year after being water-blasted following a wet and slippery 2020 race.

“In the past, it’s proven to be a track where, under normal conditions, overtaking is possible, but I think we will see how the conditions will be,” said the Spaniard, who joined Ferrari this year.

Team mate Charles Leclerc started at the back in Russia for the same reason and said the change of engines was a “step in the right direction, but not a game changer”.