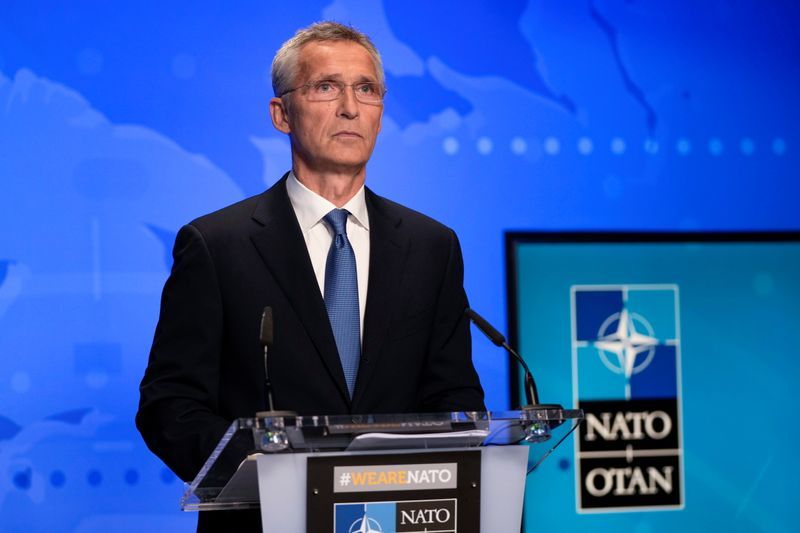 BRUSSELS (Reuters) – The expulsion of eight members of Russia’s mission to NATO is not linked to a particular event, but the alliance needs to be vigilant in the face of “malign” Russian activity, NATO Secretary-General Jens Stoltenberg said on Thursday.

Stoltenberg said the eight, whose expulsion was announced on Wednesday, were “undeclared Russian intelligence officers”.

“This decision is not linked to any particular event, but we have seen over some time now, an increase in Russian malign activity, and therefore we need to be vigilant,” he told a news conference.

The activities of the eight were not in line with their accreditations, Stoltenberg said, also describing relations with Russia as at their lowest point since the end of the Cold War.

“That’s because of the Russian behaviour. We have seen their aggressive actions,” he said, pointing to Russia’s military build-up along Ukraine’s border and what he said were violations of the Intermediate-Range Nuclear Forces (INF) Treaty.

Stoltenberg said NATO would continue its “dual-track” approach towards Russia of defence and dialogue.

“We are ready also to convene a NATO-Russia council meeting. We have actually invited Russia for now a long time. So far, Russia has not responded positively,” he said.

He said he had failed in talks with Russian Foreign Minister Sergei Lavrov at the UN General Assembly last month to agree on a new meeting of the council, which he said was especially important to convene given current high tensions.

The Kremlin said earlier on Thursday that the expulsions almost completely undermined its hopes that relations could be normalised and dialogue with NATO resumed.

On Wednesday, a pro-Kremlin lawmaker said Moscow would retaliate, though not necessarily in kind.