A century-old building originally used as a laundry by Chinese workers at Yosemite’s iconic Wawona Hotel has been restored and turned into a visitor’s attraction, recognising Chinese Americans’ contributions to the early history of the national park.

The building – later used as a storage facility – is part of a cluster of structures that will make up the new Yosemite History Center, which will tell the histories of immigrants who made the park what it is today, said Park Ranger Adam Ramsey.

“Chinese people have been a big part of communities throughout the Sierra Nevada for a really long time, and it’s about time that we started sharing that history here in Yosemite,” Ramsey said. According to research conducted by Park Ranger Yenyen Chan, in 1883 Chinese workers helped build the 56-mile (90km) Tioga Road in just 130 days. The stunning route across the Sierra Nevada reaches 10,000ft (3,000m) in elevation and serves as one of the park’s main roads.

Chinese workers were also employed in Yosemite as cooks, laundry workers and gardeners. Many first came to California during the Gold Rush, bringing with them skills learned in China about construction, engineering, agriculture, medicine and textiles that made a significant impact in America’s early success, Chan said.

She said Yosemite’s Chinese history and their contributions were erased from memory because of the 1882 Chinese Exclusion Act passed by Congress to prevent any more Chinese from entering this country in search of work. The law blocked Chinese immigration for 60 years in this country. 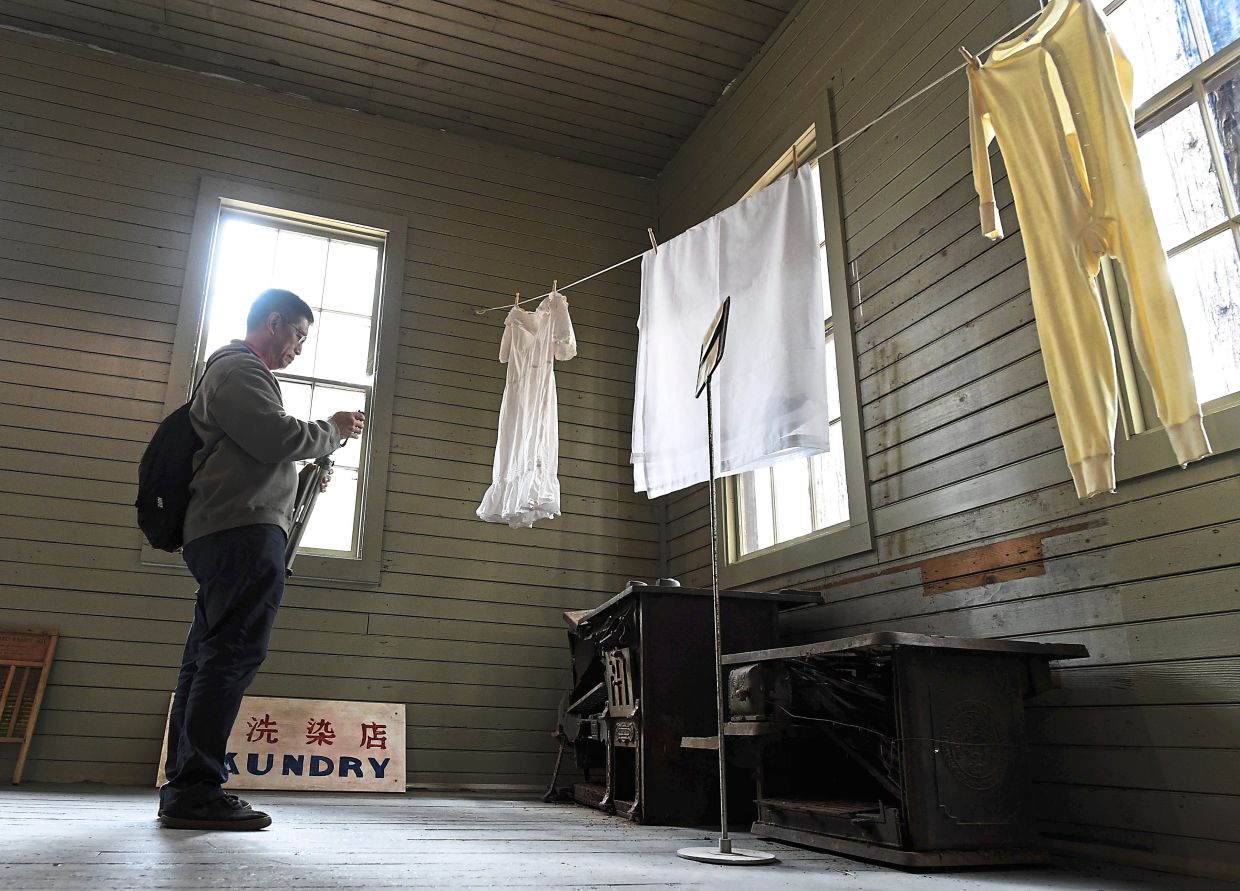 A man taking a photo of old stoves in the restored 1917 Chinese laundry building at Wawona in Yosemite National Park.

Members of the Chinese Historical Society of Southern California, who supported the building’s renovation, said they were gratified to see Yosemite include the Chinese in the park’s origin story.

“Something like this really resonates with a lot of people in my generation,” said Eugene Moy, a past president of the society.

“We’ve been here since the 1870s, so to be able to see this has deep meaning, because a lot of us, oftentimes, are relegated to the margins. We aren’t always perceived as being full-fledged Americans when the reality is that people have been here for three, four, five generations, for 150 years.” – AP