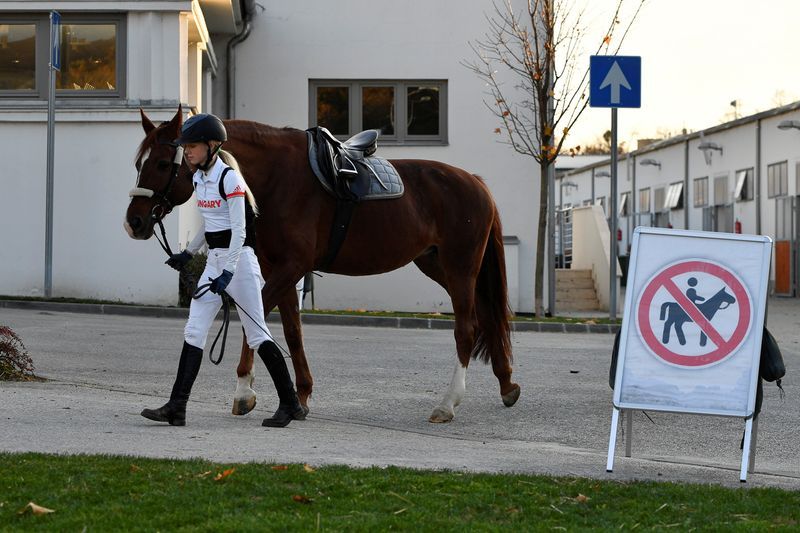 (Reuters) – A group formed to block the removal of the equestrian element from the modern pentathlon at the Olympics has written to all national federations urging them to vote against the motion at this weekend’s general assembly of governing body UIPM.

UIPM said this month that horse riding would be removed from modern pentathlon’s programme at the Olympics from Los Angeles 2028.

That decision came after Germany’s modern pentathlon coach Kim Raisner hit https://www.reuters.com/lifestyle/sports/germanys-modern-pentathlon-coach-disqualified-after-punching-horse-2021-08-07 a horse at the Tokyo Games this year when it refused to jump a fence, an incident that led to widespread criticism https://www.reuters.com/lifestyle/sports/peta-calls-ioc-president-remove-equestrian-events-games-2021-08-13 of the sport.

“We are taking the unusual step of writing to each of you directly, as a result of the extraordinary circumstances our sport has been put in by the current leadership of the UIPM,” Pentathlon United wrote in a letter https://twitter.com/PentUnited/status/1462919082643238913 to the federations.

“It is no surprise that thousands of pentathletes, from all over the world, have joined an uprising against UIPM’s behaviour, in attempting to force through a decision of such magnitude, without proper debate and discussion.

“We urge each national federation to consult with its athlete communities … to vote ‘no’ to the motion put forward by the German Federation calling for the removal of our equestrian discipline.”

The letter also urged federations to vote against the re-election of UIPM president Klaus Schormann and his leadership at the general assembly, which is set to be held online on Nov. 27-28.

(Reporting by Manasi Pathak in Bengaluru; Editing by Peter Rutherford)