Paris must restore calm in Guadeloupe after protests – mayor 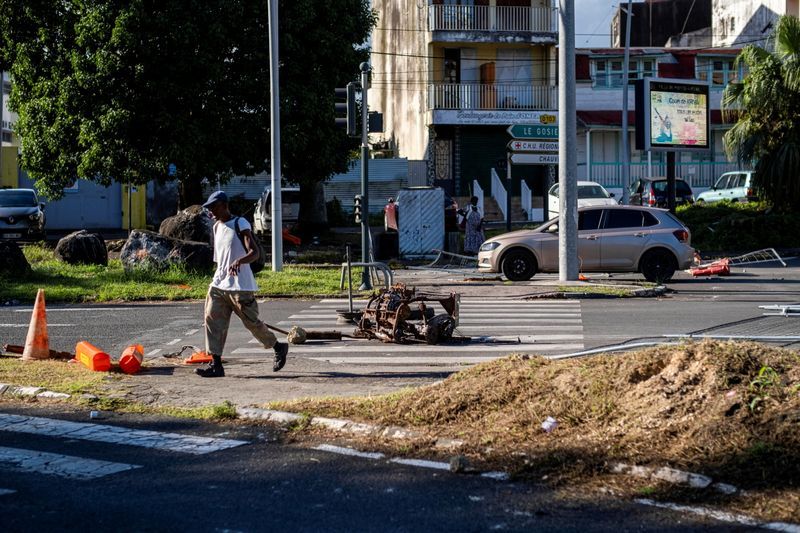 PARIS (Reuters) – France must restore order on its Caribbean island of Guadeloupe after violent protests over COVID-19 restrictions, the mayor of a city hit by unrest said on Monday.

Local police have arrested at least 38 people and dozens of stores have been looted. French media reported on Sunday that rioters had broken into an arms depot in the coastal city of Pointe-a-Pitre and taken rifles.

Guadeloupe has been hit by violent protests before, but he said there were “big worries” on the island now because rioters had guns.

Speaking in the early hours of the morning, Durimel said he could still hear noise from protests outside.

Violence erupted last week after walkouts organised by the territory’s labour unions to challenge local COVID-19 restrictions such as the mandatory vaccination of health workers degenerated.

French Prime Minister Jean Castex is due to meet lawmakers from Guadeloupe later on Monday to try to resolve the crisis.

“France must reestablish peace,” Durimel told franceinfo when asked about his expectations of the meeting.

He also urged the government in Paris to open up dialogue with the local population suffering from issues such as social distress which were adding to the current health crisis.

Over the weekend, France announced it would send police special forces to restore order in the French overseas territory. The local school authority said on Sunday that all schools in Guadeloupe would be closed on Monday.

In a sign unrest could spread to other overseas territories in the Caribbean, trade unions called for a general strike on the island of Martinique from Monday, French media reported.