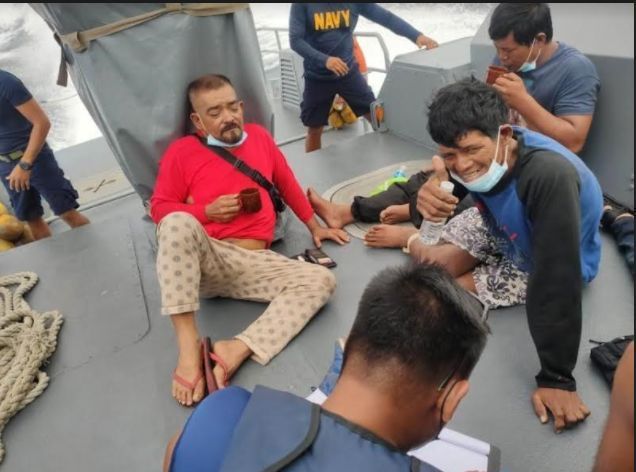 The Philippines Naval Forces Western Mindanao (NFWM) said in a report posted on Facebook that all four were found exhausted but generally in good health with minor injuries from floating overnight at sea.

According to the Navy report, their boat capsized due to bad weather and rough seas while they were on their way from Sabah towards Bongao Island. The incident occurred around 6pm on Oct 7 before their rescue at about 9am on Oct 8.

In the report, the Philippines Navy said that Hassan told his rescuers that if they did not come, they would all be dead as there were no other commercial vessels passing by when they were floating at sea.

“This is our second life and we owe this to you (Navy),” Hassan was quoted as saying.

According to the Philippines Navy, all four were taken to Lamion Wharf in Bongao and turned over to the Fleet Medical Team of Naval Task Group Tawi-Tawi for proper medical attention.

NFWM commander Rear Admiral Toribio Adaci Jr said that rescue efforts were carried out after they were alerted by a commercial vessel.

The Navy, however, did not indicate if the two Malaysians were already discharged from medical care and allowed back to Sabah.