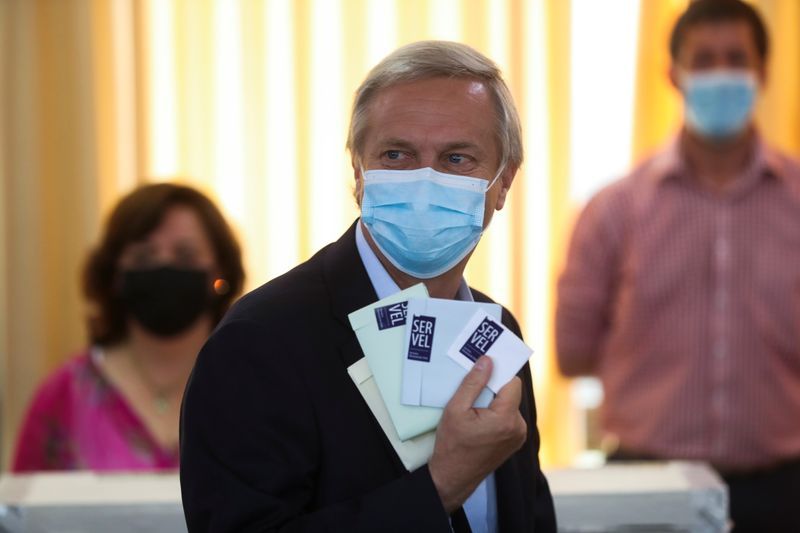 SANTIAGO (Reuters) – At a rally for right-wing Chilean presidential candidate José Antonio Kast on Thursday night, dozens of supporters gathered around a truck mounted with speakers to listen to the country’s national anthem.

After the song ended, they added a flourish in unison: “Viva Pinochet,” or, roughly, “Long Live Pinochet.”

They were referring to Augusto Pinochet, the military general who overthrew the nation’s democratically elected government in a bloody 1973 coup. During his 17-year reign, more then 3,000 people were killed or disappeared and tens of thousands tortured.

Yet 31 years after Pinochet relinquished power in 1990, his ghost remains potent as voters head to the polls in a divisive election on Sunday. That is in part thanks to a presidential candidate who has defended aspects of his legacy.

Kast, an ultra-conservative former congressman who has a slight lead in the polls, raised eyebrows during a meeting with foreign correspondents earlier in November, saying Pinochet’s regime could not be considered a dictatorship on par with the current governments in Nicaragua and Venezuela. Pinochet handed over power peacefully, he argued, and the political opposition was not shut down.

He has since partially walked back those statements, but his position clashes significantly with that of his leftist opponent, 35-year-old lawmaker Gabriel Boric, who has pledged to dismantle Pinochet’s neoliberal legacy – and even with most mainstream politicians on Chile’s Right.

Still, many of his backers are firmly behind the former general, who died in 2006 without facing justice. In seven Reuters interviews with Kast supporters, all but one supported Pinochet. Polls show a sizeable minority of voters in this nation of 19 million people still admire the former dictator, crediting him with spurring economic growth via free-market reforms while imposing order.

“We have a tradition that goes back many years,” said Braulio Wilckens Claussen, a 36-year-old machinist who will be voting for Kast. “Support for Pinochet has woken up. Support for liberty has woken up.”

“I liked Pinochet because he was tough,” she said. “If Pinochet did bad things, it’s because people were doing bad things.”