PLUS North-South Highway to support RFID from Jan 15, 2022

The works ministry has just announced that the main stretch of the North-South Highway, from Juru in Penang to Skudai in Johor, will finally support radio frequency identification (RFID) toll payments with the opening of RFID-specific lanes starting January 15, 2022. The news confirms a report in The Star earlier this week, which stated that PLUS Malaysia planned to enable the system at all its toll plazas by early next year.

With this, RFID can now be used on the entire tolled highway network on the west coast. The system was already supported on the North-South Highway on the northern stretch from Hutan Kampung in Kedah to Sungai Dua in Butterworth, Penang, as well as at the toll plazas in Jitra in Kedah and Kempas in Johor. However, the rollout of RFID was delayed due to the COVID-19 pandemic.

The ministry further stated that the implementation of RFID, which is aimed at reducing congestion at toll plazas, is in line with its plan to introduce an Intelligent Transport System (ITS) – a form of vehicle-to-everything (V2X) communication – as well as the eventual development of a multi-lane free flow (MLFF) system for open road tolling. 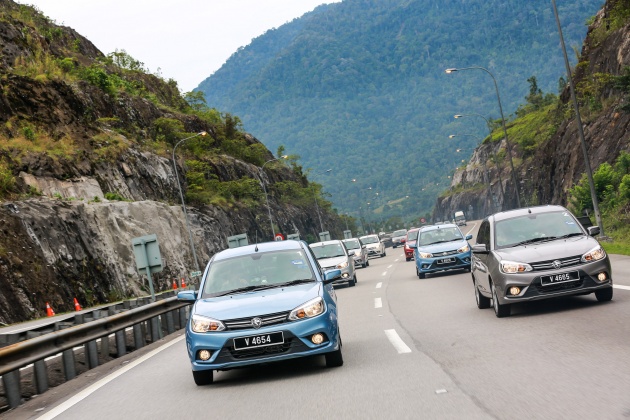 More importantly, the addition of RFID lanes will coincide with the gradual discontinuation of Touch ‘n Go and SmartTAG toll collection, with lanes for those methods set to be reduced in stages. This, said the ministry, will allow for more RFID lanes to be opened up before the switch to MLFF.

Unfortunately for Touch ‘n Go and SmartTAG users, RFID support does not mean that you’ll be able to use PayDirect to have the toll charges deducted from your Touch ‘n Go eWallet, despite the North-South Highway being earmarked for the system’s implementation as early as 2019. This means you will still need to ensure that your Touch ‘n Go card has sufficient funds before entering the expressway.