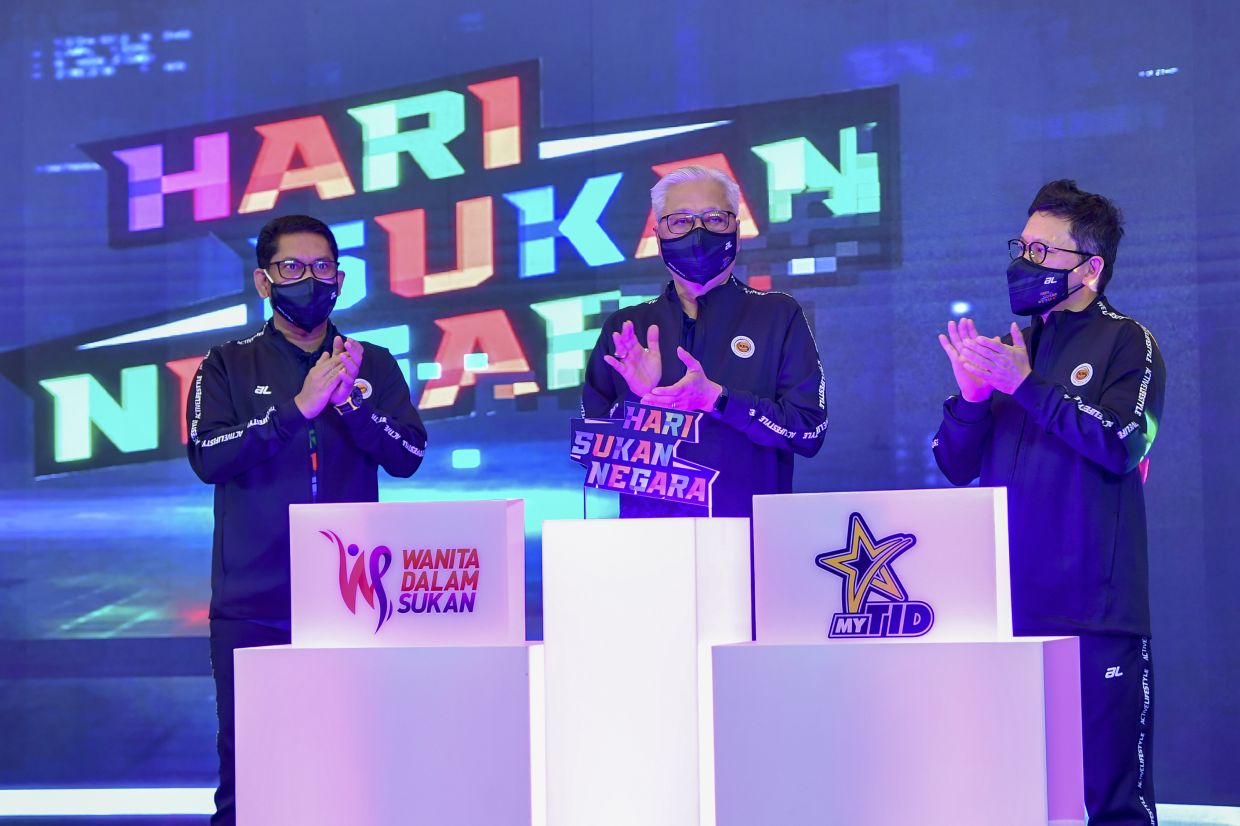 PUTRAJAYA: The government has launched new initiatives to promote women, youth and talent development in sports.

He said the plan is a comprehensive document that outlines the objectives, strategies and planned initiatives towards empowering the involvement and participation of women in various sports to move towards the development of more inclusive and balanced national sports.

“This action plan is in line with the National Sports Policy and the Sports Development Act 1997 as well as policies and legislation at the international level such as the Olympic Charter, Olympic Agenda 2020, Kazan Action Plan and the Convention on the Elimination of all Forms of Discrimination Against Women (Cedaw).

“The allocated RM10mil is for the successful implementation of the Women in Sports Action Plan that contains five cores, eight objectives, 19 strategies and 45 initiatives,” he said during the launch of the National Sports Day 2021 on Saturday (Oct 9).

Ismail Sabri added that a Women in Sports Action Plan committee has also been set up to plan and monitor its implementation.

“The Women in Sports Action Plan is expected to increase the overall involvement of women in sports activities, leadership in sports bodies and participation in coaching and as sports officers,” he said.

Separately, he also launched the Talent Identification and Development programme that was developed through the cooperation between the Youth and Sports Ministry and the Education Ministry.

He said this programme is expected to involve about 500 talent teachers with a targeted participation of 60,000 primary school students involving all district education departments.

“This programme is expected to broaden the participation of new talents from as young as seven years old who have the potential and to reduce the risk of lost talents,” he said.

In recognising the importance of sports as a contributor to the national economy, Ismail Sabri said the Youth and Sports Ministry too has formulated a National Sports Industry Action Plan.

He said this plan that is comprehensive and competitive aims to make sports a new source in generating economic growth for the country, in line with developments at the global level.

“This plan should be formed after taking into account analysis based on world economic data which has shown that the global market value of sports reached nearly US$388.3bil (RM1.62 trillion) in 2020 and is expected to continue to grow to US$599bil (RM2.5 trillion) in 2025,” he said.

He added that data obtained from the International Trade and Industry Ministry (Miti) in 2020 have shown that 32.7 million Malaysians have spent RM430mil for sports and leisure purposes.