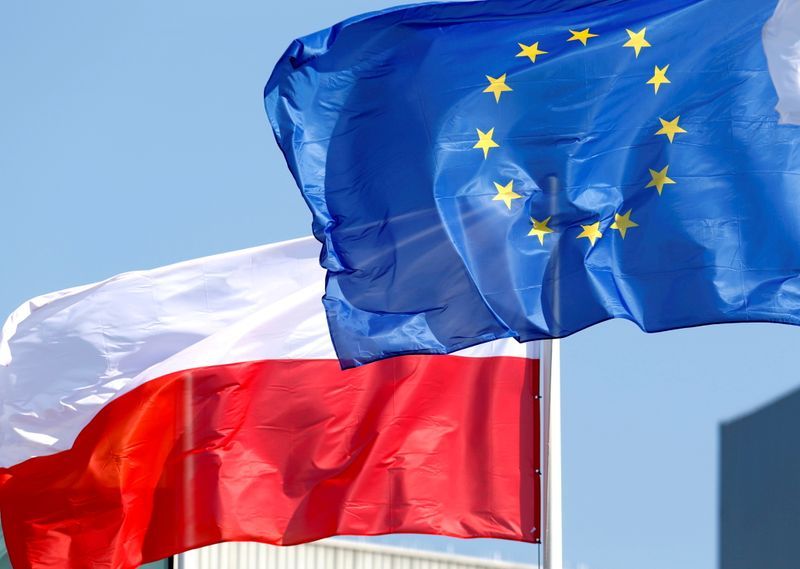 WARSAW (Reuters) – Poland’s Prime Minister Mateusz Morawiecki welcomed a Polish court ruling that said some parts of European Union treaties are incompatible with the Polish constitution in a Facebook post on Friday.

The ruling, announced Thursday, challenges a pillar of European integration and sharply escalates a dispute between Brussels and Warsaw, with the European Commission saying it raised serious concerns.

Poland’s Law and Justice (PiS) party government is embroiled in a battle of values with Brussels, focused on disputes over the independence of courts, media freedoms, LGBT rights and other issues.

The prime minister had requested the Constitutional Tribunal to rule on whether EU law has primacy over the Polish constitution.

“We want a community of respect and not a grouping of those who are equal and more equal. This is our community, our Union,” he said in the Facebook post, referring to the European Union.

He also said that Poland wants to stay in the “European family of nations.”

Critics have said that by going further and challenging the supremacy of EU law, the PiS government not only jeopardises Poland’s long-term future in the 27-nation bloc but also the stability of the EU itself.