Pork knuckle with sauerkraut crisps, anyone?

Germany might be known for its love of potatoes, but when it comes to crisps, few parts of Europe are more notorious for their lack of variety on the salty snack shelf.

While crisp-makers in the United States, Britain and other Western countries experiment with lesser-known herbs and dinner flavours, crisps in Germany are still dominated by one single flavour: paprika.

But now after years of near monopoly, the red pepper-spiced crisp appears to have fresh competition.

Germany, deprived of its best-known beer festival due to remaining restrictions on large events, is now taking home the taste of Oktoberfest in snack form. 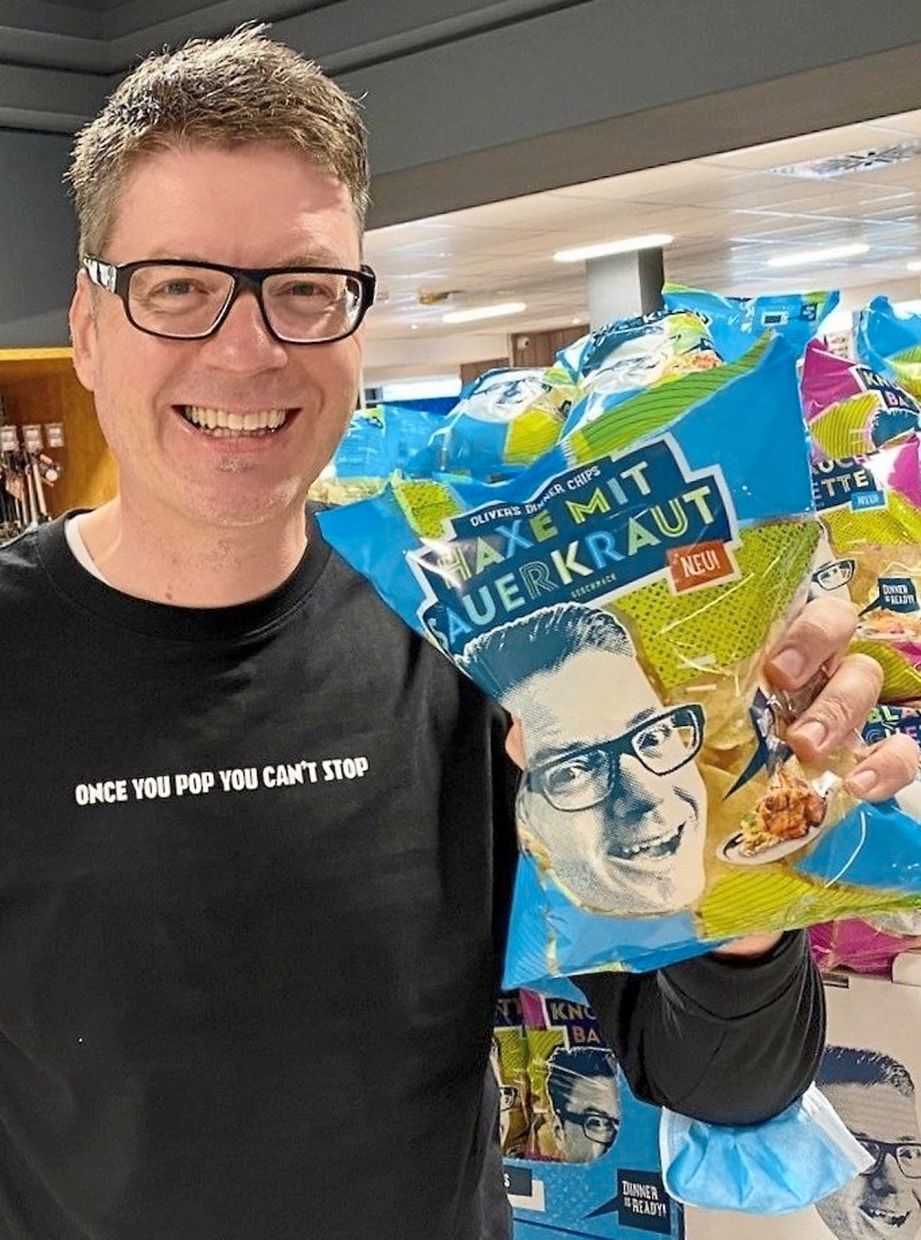 Oliver Numrich with a bag of his pork knuckle and sauerkraut crisps, a rare deviation from the paprika-dominated world of salty snacks in Germany. Photo: Oliver’s Dinner Chips/dpa

Berlin potato snack fan Oliver Numrich has given Germany a snack version of the quintessential Oktoberfest meal, typically eaten before downing several overpriced and oversized glasses of Festbier in a sprawling beer tent.

The Oktoberfest in Munich would have started on Sept 18, but was cancelled again over fears it would become a superspreader event during the pandemic.

Those organising a private Oktoberfest at home can now fall back on a snack version of the Bavarian classic – a crispy, grilled pork knuckle typically served with a side of sauerkraut and a Helles beer to go with it.

Numrich has also created Cheese Truffle Fries and Garlic Baguette crisps with his partner Thomas Rogat and the help of flavour specialists in Leipzig. – dpa