This will be driven by the anticipated heightened volatility on the Wall Street market in the United States, which could trigger funds to flow into Asia including Malaysia, says its head of research Kenny Yee.(pic)

“The regional markets volatility is very much dependent on the situation on Wall Street. Although volatility may have shrunk for now, we can expect it to heighten as tapering is a reality now in the United States coupled with the possible interest rate hike by the US Federal Reserves next year,” Yee said at Rakuten Trade’s 2022 Market Outlook virtual media briefing yesterday.

He pointed out that the heightened volatility on the Wall Street would be the key driver for funds to flow into Asia.

“Slowly, we will likely see liquidity in the United States shrink and a lot of funds will look at others destinations to invest including Asia. Malaysia would benefit from the spillover effects of the flow of foreign funds. That is why, we expect the FBM KLCI to perform better moving forward,” he added.

According to Yee, the local bourse’s low valuations may translate into low volatility. 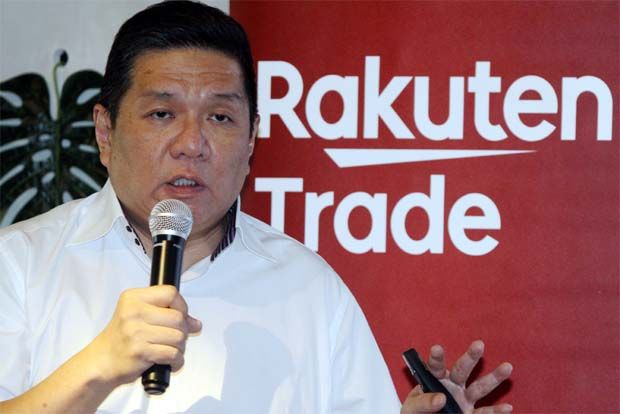 This will be driven by the anticipated heightened volatility on the Wall Street market in the United States, which could trigger funds to flow into Asia including Malaysia, says its head of research Kenny Yee.

“Thus, foreign funds may deem our market as a safe haven,” Yee noted.

Furthermore, the local stock exchange is trading at record low valuations that may limit the outflow of funds.

“Based on the 1,700 level, valuation is not high, it is only 14 times price-to-earnings ratio despite the bold figure,” explained Yee.

Notably, foreign outflows totalled RM1.5bil year-to-date, which is much lower than the record-high of RM24bil last year.

It is worth noting that there were foreign inflows totalling RM3.9bil since August.

Meanwhile, Yee said Rakuten Trade has trimmed its year-end target for FBM KLCI target to 1,585 based on 13.5 times calendar year 2021 price-to-earnings ratio from 1,630 as “we not foresee valuation premium to return anytime soon despite the presence of some foreign funds.”

He noted that sentiment was also affected by the recent announcements on the one-off Cukai Makmur or prosperity tax and the lifting of the stamp duty cap on contract notes.

“So far, the corporate results in this quarter are rather weak. Apart from technology and plantation counters, the rest are coming in weak and it could be due to the movement control order during the quarter under review. We expect corporate earnings growth to remain decent this year.

“However, growth for next year may be affected amid the prevailing uncertainties,” added Yee.

On the currency front, Yee expected the ringgit to strengthen against the greenback amid the recovery in crude oil prices coupled with the anticipated homecoming of the foreign funds.

“All in all, we expect the ringgit to trend around RM4.10 to RM4.15 compared with the US dollar by end this year,” he said.

For next year, the local bourse is expected to remain mundane for the first half and sentiment is expected to improve in the second half of the year.

He added that earnings from the major telecommunication companies may be affected by the prosperity tax next year, saying that the consensus had already downgraded earnings growth for the sector next year to 10.4% from 20.7% previously.

The brokerage firm is keeping an “overweight” call on the technology sector as demand for more sophisticated devices would increase in the 5G era and sales of laptops have been given a boost from Budget 2022 on the back of the work-from-home trend.