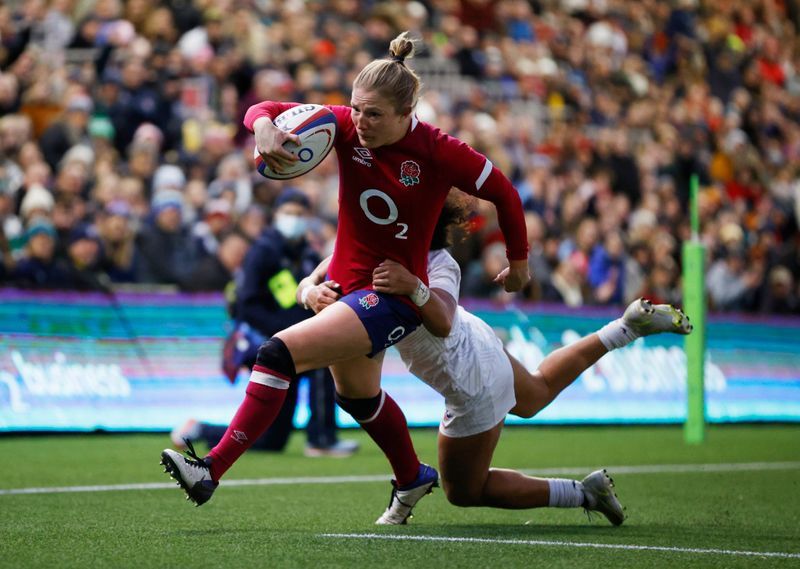 (Reuters) – The England women’s rugby team completed an autumn clean sweep with an emphatic 89-0 thrashing of the United States on Sunday to extend their winning streak to 18 matches.

The world’s top-ranked side, who crushed Canada 51-12 last weekend, fired a warning ahead of next year’s World Cup as Simon Middleton’s team scored 15 tries against the Americans.

“We rarely play four games in a row so to be able to go out there and perform like that and to keep the tempo that we wanted, is just incredible. The score is just a bonus,” England’s Abby Dow told BBC Sport.

“It’s been a long process but all the training we’ve been doing is clearly paying off. The depth in our squad has definitely been highlighted. We’ve been able to see people have their 100th cap and people make their debuts too.”