Popular variety programme Running Man will be parodying Squid Game for its upcoming episode, airing on Oct 17 in South Korea.

This particular episode – said to be titled Webfoot Octopus Game – kicks off with the Running Man cast members receiving an invitation from masked men to participate in a mysterious game that promises to change their lives.

And like in the megahit Netflix series, they wake up in a strange place to blaring sound of siren and are wearing those famous green tracksuits. 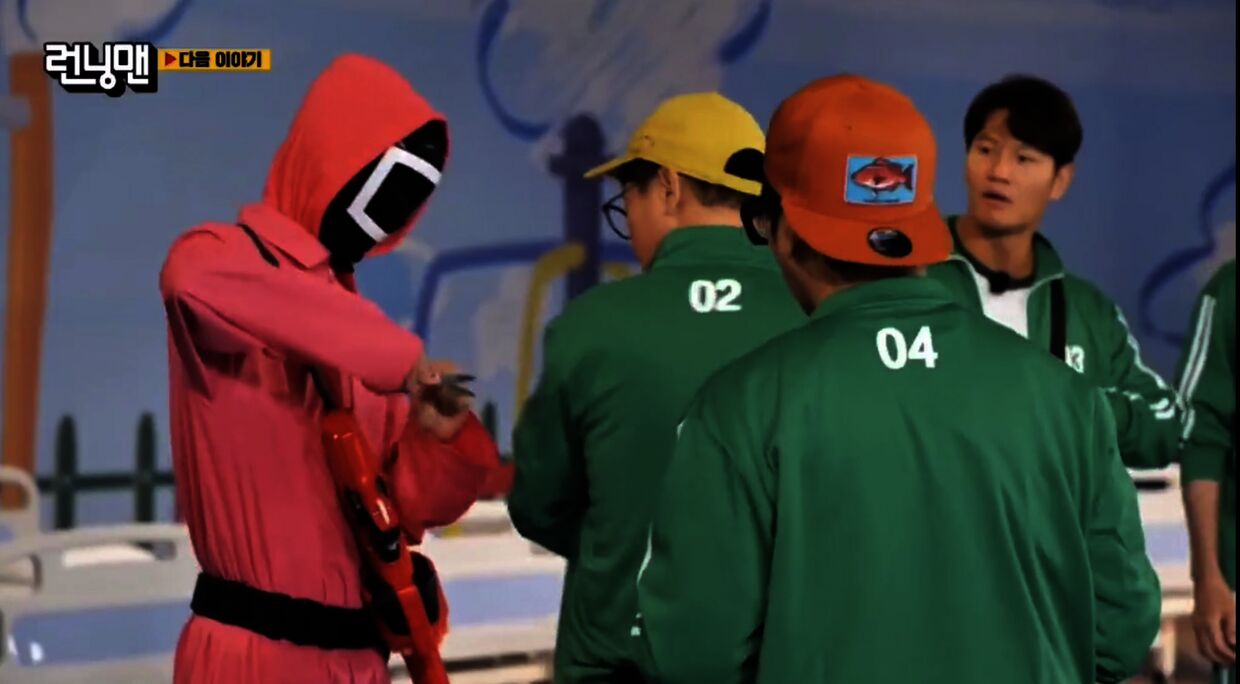 ‘Running Man’ is only one of many variety shows doing a parody based on ‘Squid Game’.

Running Man is not the only variety show to do a parody based on Squid Game.

The games featured in the parody Running Man episode look a little different than the ones in Squid Games.

However, the cast members have played the children’s games such as Red Light Green Light, Honeycomb/Dalgano Candy, Tug Of War and Glass Bridge in its previous episodes. Watch the compilation video below.