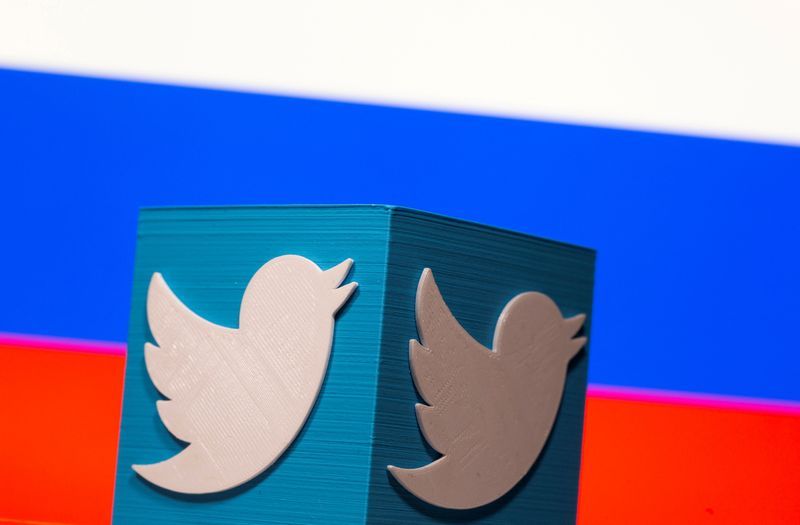 MOSCOW (Reuters) – Russia is fining Twitter 10 million roubles ($136,173) for failing to delete content the government deems illegal, a Moscow court said on Thursday, the latest in a string of penalties against foreign technology firms.

Russia has slowed down the speed of Twitter since March as a punitive measure for posts containing child pornography, drug abuse information or calls for minors to commit suicide, communications regulator Roskomnadzor has said.

Twitter, which did not immediately respond to a request for comment, denies allowing its platform to be used to promote illegal behaviour.