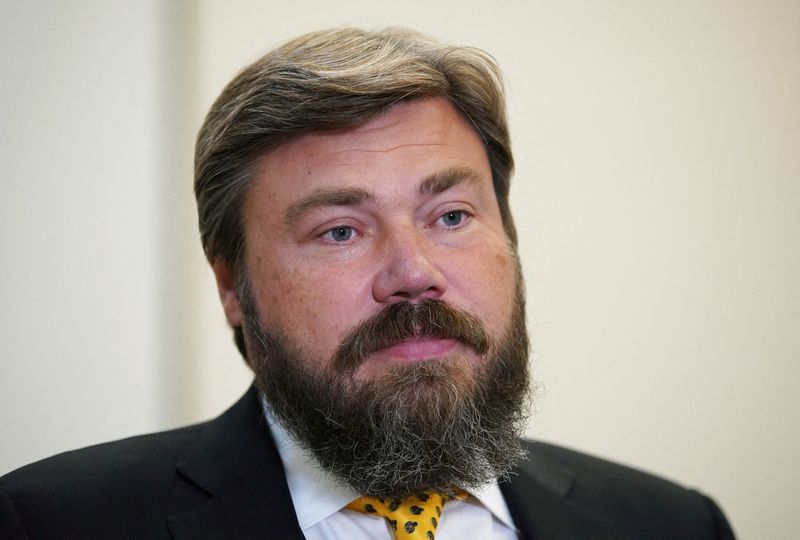 MOSCOW (Reuters) – A Russian businessman on a U.S. sanctions list claimed victory over Google in a court case on Thursday and said the U.S. tech giant now faced a potentially heavy fine.

Alphabet’s Google had appealed a Russian court order that it unblock the YouTube account of Tsargrad TV, a Christian Orthodox channel owned by businessman Konstantin Malofeev, or face a daily 100,000 rouble ($1,358) fine that would double each week Google failed to comply.

Tsargrad said the Ninth Moscow Arbitration Court of Appeal upheld the fine. Malofeev also confirmed the verdict to Reuters, but the court could not be reached for comment despite repeated attempts by phone and email.

Google did not respond to a request for comment.

The case reflects Russia’s waning tolerance of foreign technology giants, several of which it has fined this year for failing to delete content Moscow deems illegal.

Tsargrad said the fine would stop compounding when it reached 1 billion roubles ($13.6 million), which it estimated would happen in mid-March next year. After nine months, the 1 billion rouble limit would be removed, it said.

The two parties have engaged in talks since the case first came to light in mid-2020, but Tsargrad said in August it had abandoned talks for a settlement and accused Google of dragging its feet in negotiations.

Google said in May the proposed penalty was “out of all proportion” and the decision created uncertainty for foreign investors.

The United States and European Union imposed sanctions on Malofeev in 2014 over accusations that he funded pro-Moscow separatists fighting in Ukraine, which he denies. Russia considers such Western sanctions illegal.

Malofeev told Reuters before the latest court decision that the choice facing Google was either to continue to break Russian law or reinstate his channel and face no penalty. “Breaking the law is never part of the investment climate,” he said.

YouTube also drew the ire of Russian state-backed broadcaster RT on Thursday after blocking its new RT DE channel on the day of its launch.