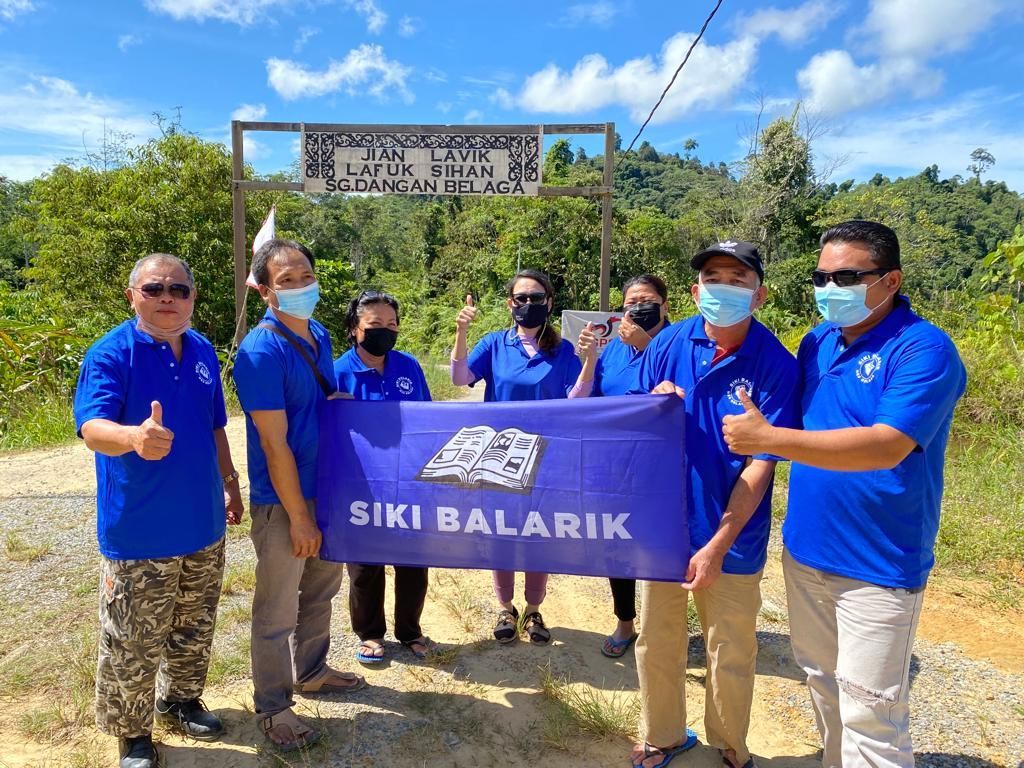 KUCHING: It was past midnight and Siki Balarik was still out and about, pitching flags along the stretch of a lonely road somewhere in Belaga.

She shared a photograph with this reporter, where the only light in that pitch dark area came from the headlights of her car.

“It (campaign) is tiring but there is a lot to be done,” she told The Star as she catches a breather before resuming her election work.

Aside from showing what she was up to, the 50-year-old election hopeful was trying to prove a point – Belaga was in desperate need of infrastructure.

Belaga, a rural seat which Siki is contesting as an Independent, was located in Kapit division, while its parliamentary constituency was Hulu Rajang.

While the place was unknown to many outside Sarawak, mention Bakun Dam and the name would ring a bell.

The dam, the largest dam in Asia outside China, was located in the constituency.

The closest town was perhaps Bintulu, which was about 200km away – some four-hour journey by road.

The constituency had 8,003 voters and reaching out to some of them meant one had to travel on boats or “jalan balak” (tracks used by lorries carrying timber).

When Siki made the decision to contest, she was well aware that it would cost her the Parti Pribumi Bersatu Malaysia (Bersatu) membership.

Bersatu had decided to sit out of the Sarawak election, but four of its members, including Siki, decided otherwise.

Of the four, only Saratok MP and former Krian assemblyman Datuk Ali Biju withdrew from the race and his candidacy received fierce media attention.

True enough, Bersatu stripped her membership, along with Ricky Enteri who was contesting in Bawang Assan and Ismawi Muhammad who has offered himself as a candidate in Muara Tuang.

While acknowledging Bersatu’s good intentions not to contest in the state polls, Siki, on the other hand, said that she had been preparing for this for the past three years, arguing that the people of Belaga needed to be heard.

“I am doing this for the people, the Orang Ulu community of Belaga, who yearn for a better life,” she said.

Despite being sacked, Siki did not harbor any ill feelings towards Bersatu.

“It’s ok, this is my sacrifice for the people,” she said.

Siki, a Kayan from Uma Kahai in Long Mereko knows all too well how lacking even basic infrastructure was in Belaga.

“Bakun Dam is in our neighbourhood and yet, we still have issues with power supply. People have to use generators. Isn’t that ironic?” she mused.

Water supply was still “not 100% clean” while telecommunication service was erratic, to say the least.

The Covid-19 pandemic served as an eye-opener on how important connectivity is to these parts of Malaysia, she said, pointing out that rural children needed better education facilities.

Siki also wanted to help her community improve their livelihood and economy through farming.

“I want to train them to rear ducks for eggs. Then we teach them how to make salted eggs and help them sell the produce in Bintulu.

“For those who grow pineapples, I want to provide them with knowledge on how to increase the value of their products including bottling them into jams and preserved fruits.

“These are simple and doable things that can help people in Belaga to be more economically sound,” she explained.

With better Internet connection, the people could be taught about e-commerce or e-business and this would help expand the marketability of their products.

Win or lose, Siki said the experience participating in an election would remain as part of her life journey.

“It will be a trial by fire from which I will draw experience to better prepare for the next fight,” she said.

After the election, she intends to set up base in Belaga to interact with the people and to raise issues on their behalf for the betterment of the entire community.

Polling for the Sarawak election is on Saturday (Dec 18).