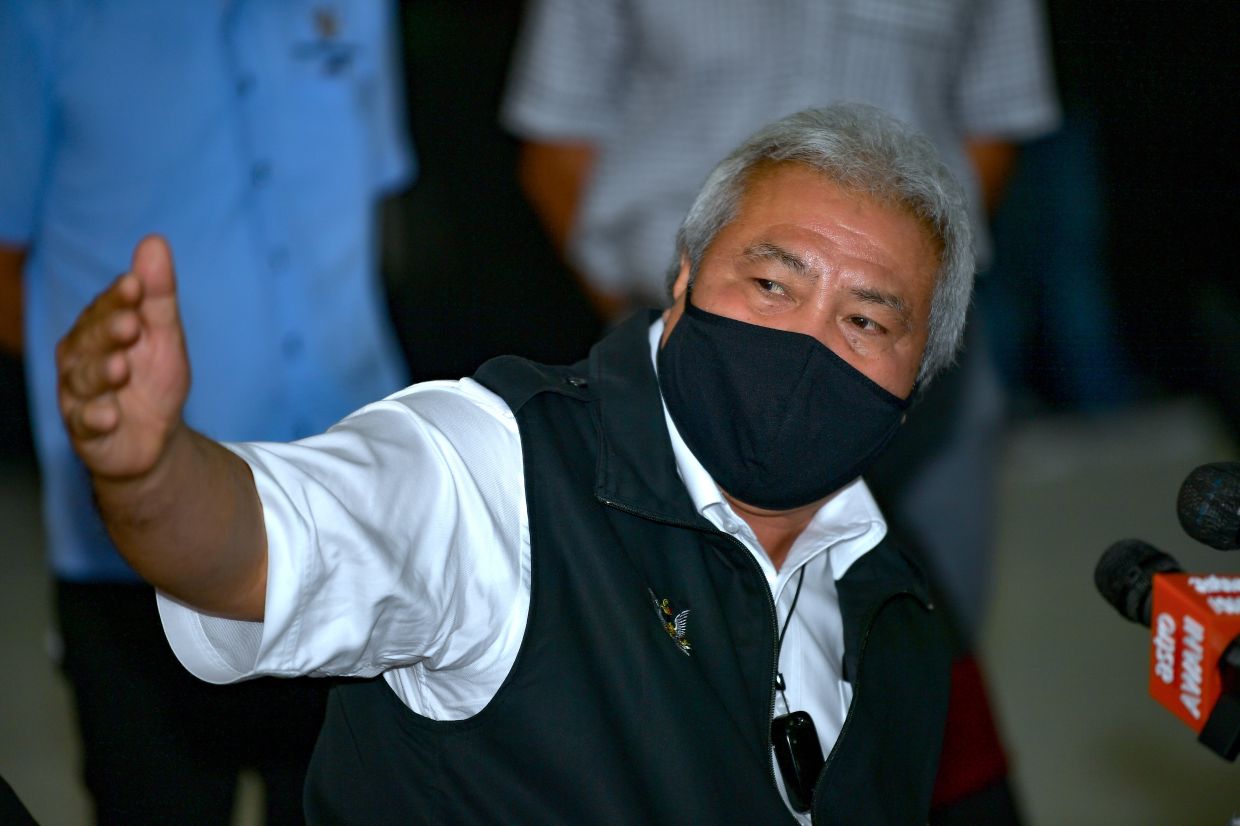 MIRI: Many are already calling the Bukit Sari contest in Saturday’s (Dec 18) 12th Sarawak election a foregone conclusion, and with good reason.

It was the seat that the incumbent from Gabungan Parti Sarawak (GPS) and Deputy Chief Minister Datuk Amar Awang Tengah Ali has held for seven terms after all, including when the constituency was known as Lawas.

His challengers this time around, Alias Mail from Parti Sarawak Bersatu (PSB) and Riyah Basrah of Parti Bumi Kenyalang (PBK), besides being new faces and uniformed body retirees, were not expected to put up any fight.

The talk is that PSB and PBK merely wanted to ensure Awang Tengah did not win the seat uncontested, as what happened in 1996 and 2016.

Based on his political heavyweight status, and long-serving track record, he was the runaway favourite to serve the constituency for an eighth term.

Universiti Malaya (UM) political analyst Prof Dr Awang Azman Awang Pawi said PSB and PBK would find it an uphill task to woo the Bukit Sari electorate, who had been comfortable with Awang Tengah as their elected representative for over two decades.

With strong grassroots support and a very good service track record, new candidates had almost no chance of dethroning him, he said.

“Awang Tengah has vast experience as the deputy chief minister and a senior minister in managing foreign direct investments (FDI), propelling Sarawak as the state with the second-highest FDI after Selangor.

“Both PBK and PBS’ move in fielding underdog candidates is seen as a mere formality to stop Awang Tengah from winning unopposed,” he told Bernama.

However, he also pointed out that the three-cornered contest was still considered a healthy political development and was good for democracy, besides giving the electorate in Bukit Sari options as to who should serve them.

Awang Azman said the old against new candidate factor must not be ignored either in the context of ideas, mindset, direction and new strategies for the constituency.

“This will be considered by the voters, not only for the new faces but also for the seasoned ones.

“However, based on the ground reading for Bukit Sari, we predict that the results will be in favour of Awang Tengah,” he said.

A study by the UM Centre for Democracy and Elections (UMCEDEL) with Universiti Kebangsaan Malaysia (UKM), Universiti Malaysia Sarawak (Unimas) and a local media agency from Nov 20-27 (Phase one) and Dec 8-14 (Phase two), involving 4,500 respondents throughout Sarawak, among others, found that overall, the people of Sarawak were satisfied with how the country and Sarawak was managed by the Federal and the GPS governments respectively.

A total of 12,935 constituents are eligible to vote in Bukit Sari on Saturday. – Bernama