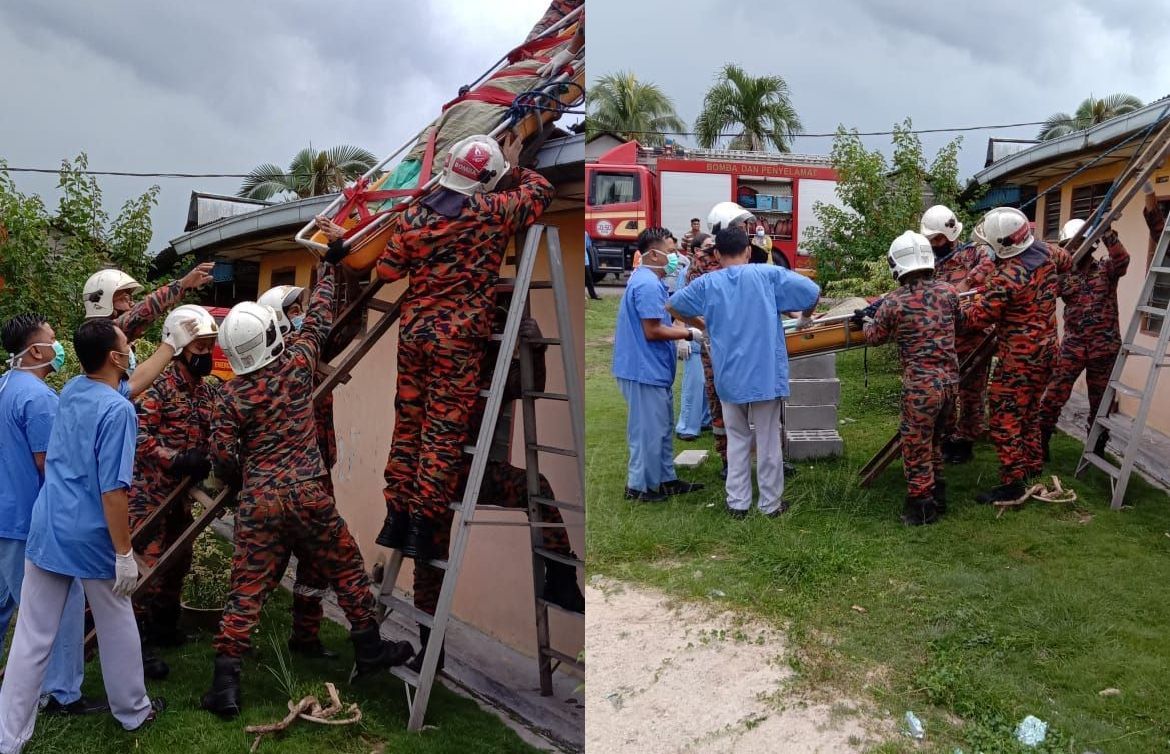 KOTA TINGGI: A senior citizen died on a rooftop after climbing up to inspect repairs to his house here.

A Kota Tinggi Fire and Rescue Department spokesman said an emergency call about the incident in Jalan Bunga Cempaka, Felda Pasal was received at 3.44pm on Sunday (Nov 21).

“The man climbed to the top of his house to inspect the roof repair works when he collapsed.

“His neighbour, who was nearby, noticed him on the roof and immediately called for help,” he said.

He added that nine responders from the Kota Tinggi fire station used a rope and pulley system to bring the victim down on a stretcher.

The spokesman said the man was pronounced dead by a Health Department officer at the scene.

The man’s body was handed over to the police for further action, he added.