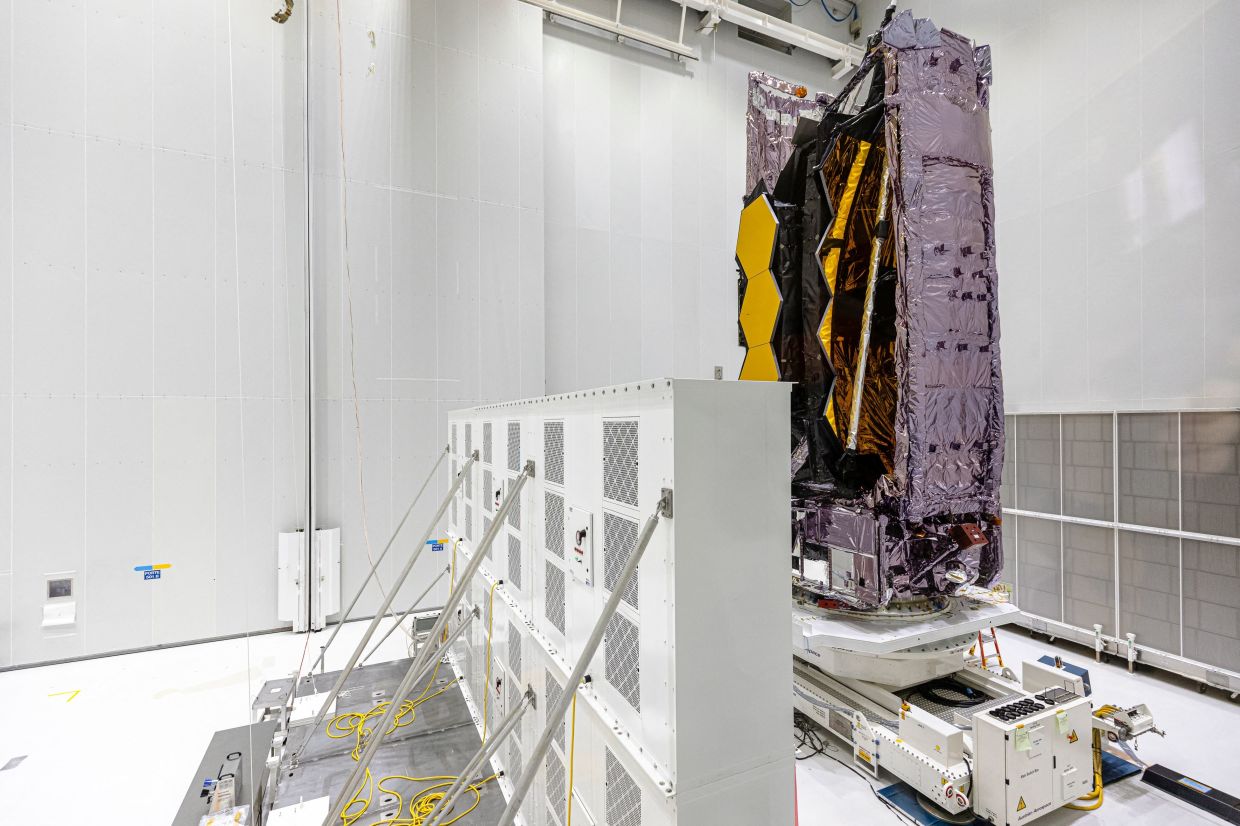 The launch of the James Webb Space Telescope, which astronomers hope will herald a new era of discovery, has been delayed until Dec 22 after an accident at its launch facility in French Guiana, says NASA.

Technicians were preparing to attach the US$10bil (RM41.93bil) observatory to a launch vehicle adapter, used to fix it to the upper stage of an Ariane 5 rocket.

“A sudden, unplanned release of a clamp band – which secures Webb to the launch vehicle adapter – caused a vibration throughout the observatory,” the US space agency said in a blog post, adding that the incident occurred while operations were taking place “under Arianespace overall responsibility.”

Arianespace is the French launch company contracted to launch the telescope.

A NASA-led team is now investigating how it happened and testing “to determine with certainty the incident did not damage any components.”

The space telescope was originally supposed to launch on Dec 18, so for now the delay is only a few days.

Researchers want to use the Webb space telescope, the largest and most powerful ever built, to look back in time over 13.5 billion years to see the first stars and galaxies that formed, a few hundred million years after the Big Bang.

A key feature is its ability to detect infrared, as by the time the light from the first objects reaches our telescopes, it has shifted toward the red end of the electromagnetic spectrum as a result of the universe’s expansion. – AFP