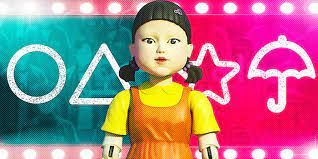 In an interview with news channel CNN last Friday (Oct 8), he said: “I have left some things open to discuss in the second season if that happens.” The streaming platform has yet to confirm a second season, even though the series is set to become its biggest show.

Hwang said he wanted to explore the relationship between the cryptic Front Man and his policeman brother (played by Wi Ha-joon).

He was also keen to go into the backstory of the suave Salesman character, who appeared at the beginning and end of the series.

Hwang previously lamented that he was too tired to make a sequel and had lost six teeth during production due to the immense stress.

The global success of the nine-episode series, about a group of desperadoes who take part in deadly versions of childhood games, has also spawned a real-life version.

On Tuesday (Oct 12), the Korean Cultural Centre in Abu Dhabi will hold an event where participants can take part in some of the games featured in the show, such as Red Light, Green Light and the ddakji paper-tile game.

There will, of course, not be any deadly consequences, but there is also no money to be won, unlike in the series, where the winner walks away with 45.6 billion won (RM163mil).

More than 300 people signed up, but only two groups of 15 players each will take part in the event meant to promote South Korean culture.

They will dress up in the iconic green tracksuits worn by the players, while the staff will don red boiler suits and face masks with a circle, triangle or square symbol. The rifles will be replaced with those that shoot foam bullets instead. – The Straits Times/Asia News Network