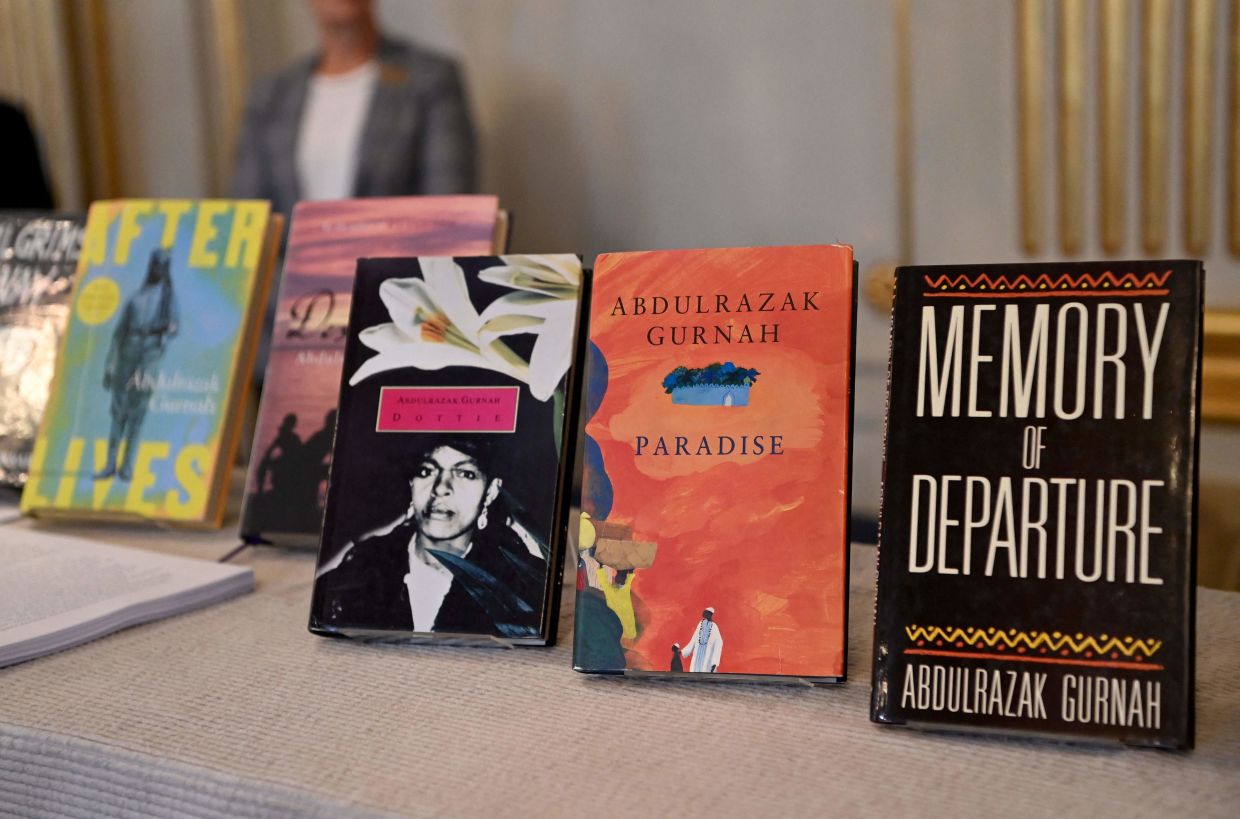 Gurnah, who grew up on the island of Zanzibar but came to England as a refugee at the end of the 1960s, was honoured “for his uncompromising and compassionate penetration of the effects of colonialism and the fate of the refugee in the gulf between cultures and continents,” the Swedish Academy said.

Gurnah has published 10 novels and a number of short stories.

He is best known for his 1994 novel Paradise, set in colonial East Africa during the First World War, which was shortlisted for the Booker Prize for Fiction.

The theme of the refugee’s disruption runs throughout his work.

Although Swahili was his first language, English became his literary tool.

The Nobel Prize comes with a medal and a prize sum of 10 million Swedish kronor (US$1.1mil, RM4.6mil).

Last year, the award went to US poet Louise Gluck.

Ahead of Thursday’s announcement, Nobel watchers had suggested the Swedish Academy could choose to give the nod to a writer from Asia or Africa, following a pledge to make the prize more diverse.

It has crowned mainly Westerners in its 120-year existence.

Of the 118 literature laureates since the first Nobel was awarded in 1901, 95 – or more than 80% – have been Europeans or North Americans.

Gurnah would have normally received the Nobel from King Carl XVI Gustaf at a formal ceremony in Stockholm on Dec 10, the anniversary of the 1896 death of scientist Alfred Nobel who created the prizes in his last will and testament.

But the in-person ceremony has been cancelled for the second straight year due to the pandemic and replaced with a televised ceremony showing the laureates receiving their awards in their home countries. – AFP