Tennis: Tennis-Raducanu heads back to drawing board after Indian Wells defeat 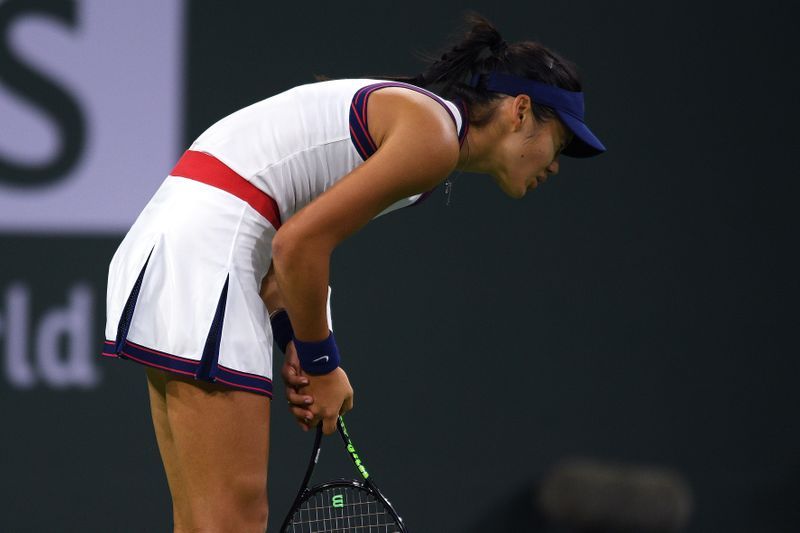 (Reuters) – U.S. Open champion Emma Raducanu said she was disappointed but not discouraged after crashing out of Indian Wells on Friday in her first match since stunning the tennis world at Flushing Meadows last month.

After dropping the first set, the 18-year-old squandered a 4-2 lead against Aliaksandra Sasnovich in the second before eventually falling 6-2 6-4.

The British sensation said the difference in experience between the players was the deciding factor in her inability to force a deciding set.

“She’s been on Tour, probably been 4-2 down like hundreds of times,” she said.

“It’s my third WTA tournament this year. It will come in time. I’ve just got to not rush it, keep going and get my head back to the drawing board.”

Raducanu, who parted ways with coach and former Davis Cup player Andrew Richardson after her triumph in New York, said she would review the match on Saturday.

Despite the loss, she said she will hold her head high and try to learn as much as she can from it.

“There’s going to be disappointment after any loss,” she said.

“I didn’t go in there putting any pressure on myself because in my mind, I’m so inexperienced that I’m just taking it all in.

“Aliaksandra played a great match. You could tell she’s more experienced than me. She went out there and executed her game plan better than I did. She, of course, deserved to win.”

Prior to the tournament, Raducanu had said she planned on competing at a number of tournaments this year including the WTA 250 event in Linz, Austria next month, with hopes of making the WTA Finals in Guadalajara, Mexico.

For now, she said she is content to return home to England and re-group.

“We’ll see what happens when I get back,” she said.

“I’ll probably discuss with a few people on my team and see what’s right for me, what the next decision is going to be.