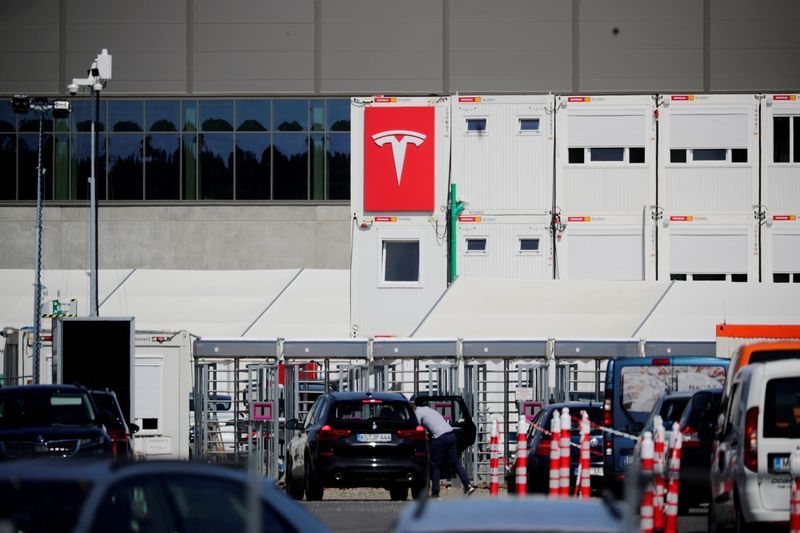 BERLIN (Reuters) – Tesla hopes to deliver the first vehicles from its new Berlin factory in December, but volume production will take longer to achieve, Chief Executive Elon Musk said at a festival held at the site on Saturday.

He added that he hoped to achieve volume production of batteries at the site by the end of next year. Volume production at the plant would amount to about 5,000, “but hopefully” 10,000 vehicles per week, he added.