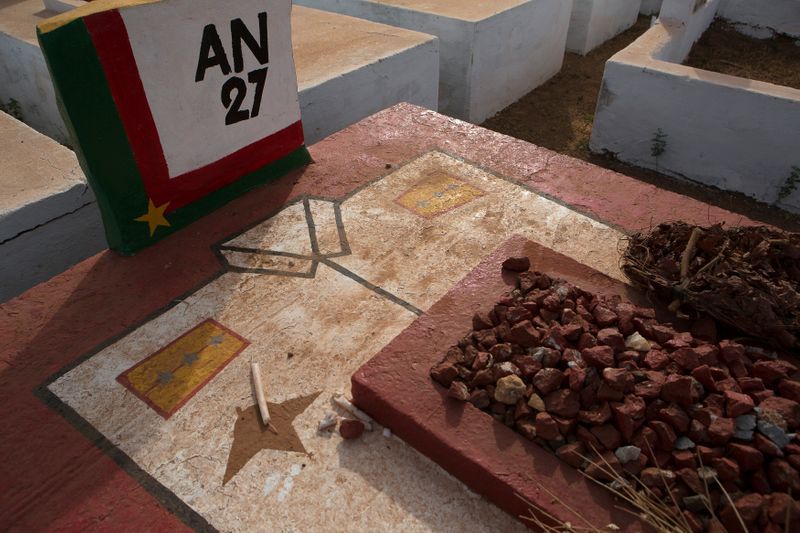 OUAGADOUGOU (Reuters) – The trial of 14 people accused of plotting to assassinate Burkina Faso’s former president Thomas Sankara started on Monday, more than 30 years after he was gunned down in one of the most infamous killings in modern African history.

Sankara – a charismatic Marxist revolutionary widely known as “Africa’s Che Guevara” – was killed in 1987 during a coup led by his former ally Blaise Compaore.

Compaore, the main defendant, was charged in absentia in April https://www.reuters.com/world/africa/former-burkina-faso-leader-compaore-charged-predecessor-sankaras-murder-2021-04-13 with complicity in the murder. He is living in exile in neighbouring Ivory Coast and has always denied any involvement in Sankara’s death.

“It is a moment we have been waiting for,” Sankara’s widow, Mariam Sankara, told journalists as she arrived at the hearing.

She told the BBC earlier on Monday she was hoping the trial would shed light on the deaths of 12 other people on the day of the coup.

“It is important to all these families,” she said. “This trial is needed so that the culture of impunity and violence that still rages in many African countries, despite the democratic facade, stops indefinitely.”

Compaore’s former head of security, Hyacinthe Kafando, is also being tried in his absence. Twelve other defendants are due to appear in front of military tribunal in the Ouaga2000 conference centre in Ouagadougou. They have pleaded not guilty.

More than 100 journalists from across the world packed into the conference centre at the start of the hearing.

Thomas Sankara seized power in a 1983 coup at the age of 33 with promises to tackle corruption and the dominance of former colonial powers.

The former fighter pilot was one of the first African leaders to raise awareness about the growing AIDS epidemic. He publicly denounced the World Bank’s structural adjustment programmes and banned female circumcision and polygamy.

Sankara won public support with his modest lifestyle, riding to work on a bicycle during his time as a minister and selling the government’s fleet of Mercedes vehicles when he was president.

Compaore moved to Ivory Coast after he was himself overthrown in 2014. His lawyers said on Friday that he would not attend the trial, and Ivory Coast has refused to extradite him.