Tun M wades in on senior citizens driving issue, says age is not a factor – Alor Setar to KL drive, no problem Tun M before a hot lap in the Nio EP9 1,341 hp electric hypercar around Sepang

Last month, PDRM’s Bukit Aman traffic investigation and enforcement department (JSPT) director Datuk Azisman Alias raised an interesting topic. He proposed certain conditions for the issuance of driving licences to senior citizens, including a medical examination to certify that they are fit to drive.

The top traffic cop explained that poor health is one of the causes of road accidents, with diseases such as Alzheimer’s and deteriorating eyesight being common problems. And there have indeed been recent cases of elderly drivers driving against the flow.

“We see cases of driving against the flow of traffic being a trend, and there are cases involving the elderly aged 60 and 70 years and above. This can indirectly cause accidents on the road. Some senior citizens aged 70 and above are forgetful and senile, and most cases of driving against the traffic flow involving this group is because of wrongfully entering a road. There was a case previously where an elderly driver entered a motorcycle lane,” he said.

In the driving seat. pic.twitter.com/utTFNBXpHd

As expected, Azisman’s remarks created an uproar, with many senior citizens against the idea, defending their fitness and ability to drive. The idea was duly nipped in the bud by transport minister Datuk Seri Wee Ka Siong.

In a statement, Wee said that any related policy change must be handled with a systematic, evidence-based approach, and needed to be treated with foresight. He said that simply refusing a driver the means to drive on the basis of their age or based on isolated and anecdotal evidence would be discriminatory, because many drivers far over 70 display greater competence in driving compared to their younger peers for any number of reasons.

Now, perhaps the most famous elderly driver in Malaysia has waded into the topic. It’s widely acknowledged that Tun Dr Mahathir Mohamad is incredibly fit and mentally sharp for someone who is just four years away from the century mark – he’s in good health, mobile, and regularly drives himself. The “father of Proton” is known to be fond of cars and probably never turns down a test drive. 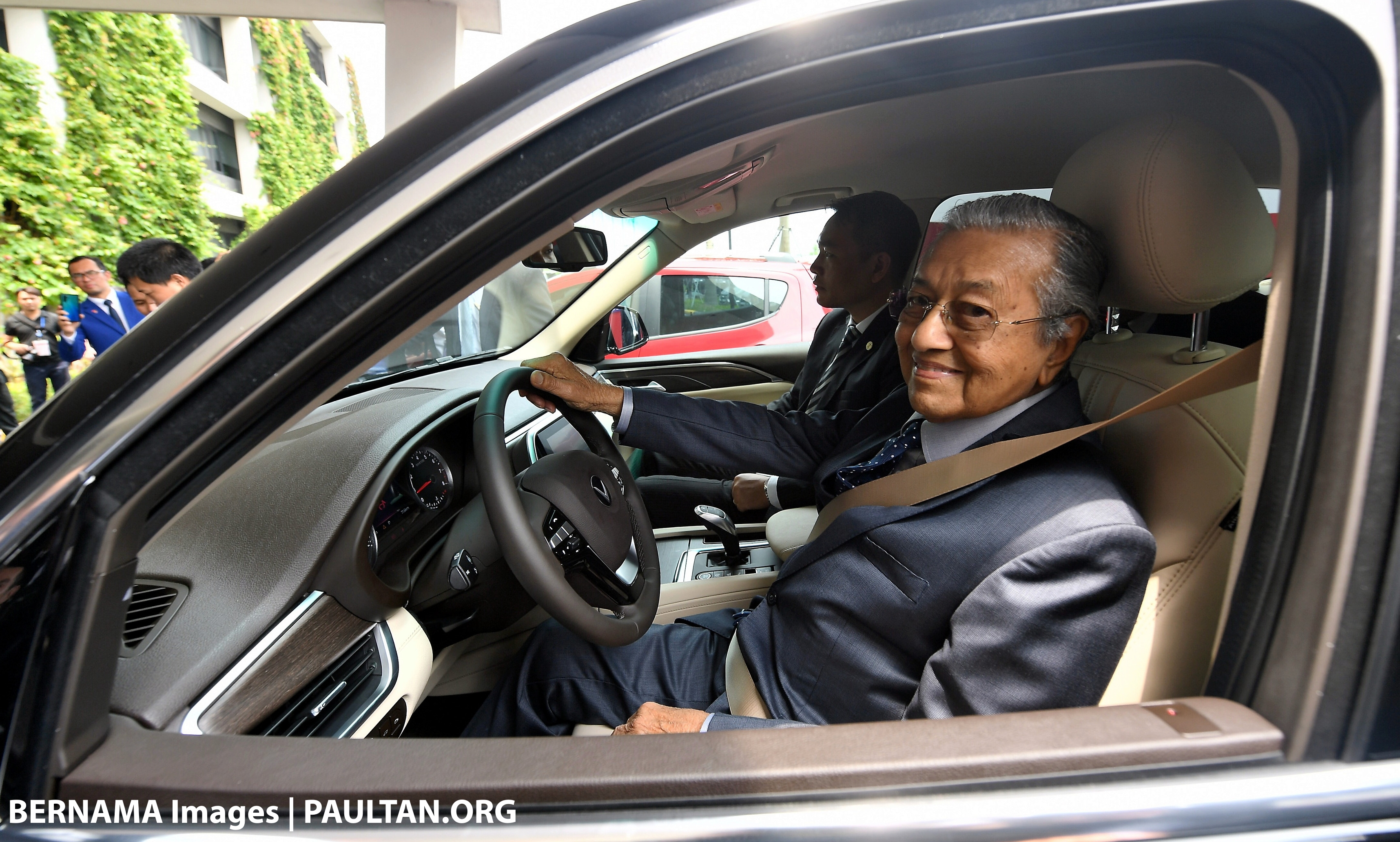 From L-R: Tun M seen in the original 1985 Proton Saga and the VinFast SA2.0 SUV in Hanoi

“Our ability isn’t tied to age. These days, we find that many elderly people are still active, can still think and can perform tasks such as driving a car. There’s nothing troubling me, I can still drive. My vision is still OK, my hearing is OK, I can see the road and there’s no problem in me driving a car to anywhere,” he said in a video posted on Twitter.

“For other reasons, I have gone for eye tests and my vision is OK, especially at night. I can drive at night, but they don’t allow me to,” the former PM said, letting off a chuckle. Presumably, ‘they’ in the statement refers to his family. “Driving from Alor Setar to Kuala Lumpur, no problem,” he added. The video shows the Langkawi MP driving his Proton X70.

Is anyone surprised? Probably not, because the doctor-turned-politician is healthy and capable at an age that many would have done very well just to be alive. If one’s vision and hearing is good, and he/she has good awareness, there’s no reason to bar the person from driving.

However, is Mahathir an exception or the norm? While he has a point, could he be speaking for himself and a small minority of elderly drivers? In any case, the original idea from Azisman was for senior citizens to pass certain criteria (which someone fit should not worry about) and not to bar them from driving outright. What do you think?