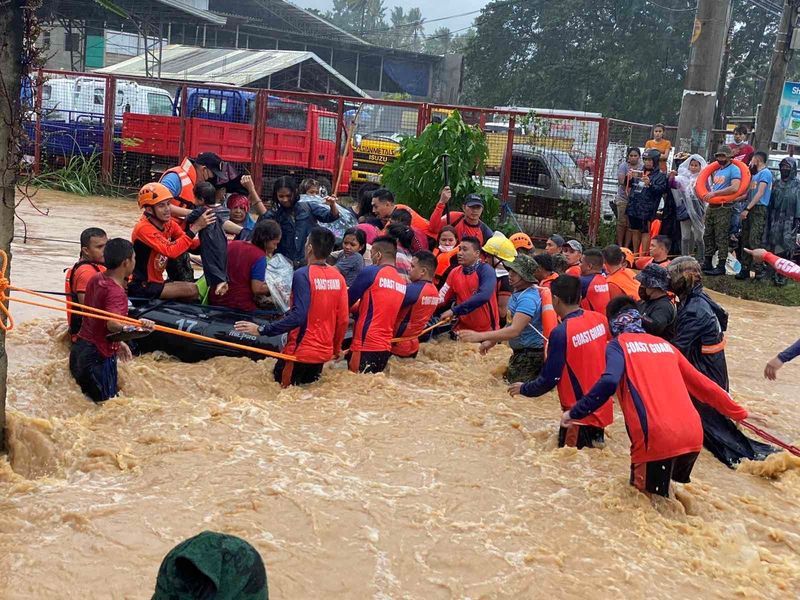 MANILA (Reuters) – Typhoon Rai, one of the most powerful tropical storms to hit the Philippines this year, has weakened after slamming into southern and central parts of the Southeast Asian country, with one death reported so far, authorities said.

Rai, which at one point intensified into a category 5 storm, the highest classification, toppled power and communication lines, damaged homes and displaced hundreds of thousands of people as it passed through the western portion of Visayas and mainland Palawan.

“It has weakened as it crossed the mountains in the Visayas,” weather forecaster Aldzar Aurelio told DZBB radio on Friday.

The Philippines’ disaster agency reported one typhoon-related death in its latest situational report. No details were provided yet.

Rai, which saw winds of up to 195 km (121 miles) per hour before hitting land on Thursday, has been downgraded to a category 3 storm, according to Tropical Storm Risk. It was expected to exit the landmass via Palawan province and move out the country by Saturday.

Storm warning signal 3 and 4 on the severity scale of 5 remain in some areas in the Western Visayas with high winds still being felt, a regional disaster official told DZBB radio.

Bohol governor Arthur Yap has appealed for help as flooding in the province complicated rescue efforts. “Families are trapped on rooftops now,” he told DZBB radio. “All of us (first responders) here are affected.”

The typhoon, the 15th to strike the Philippine archipelago this year, has forced the cancellation of dozens of flights, and paralysed operations at several ports, leaving over 4,000 passengers, drivers and cargo helpers stranded.

The Philippines postponed the start of a mass vaccination drive https://www.reuters.com/markets/commodities/philippines-scales-down-mass-vaccinations-typhoon-approaches-2021-12-15 in most of the country because of the storm.

About 20 typhoons hit the archipelago on average each year, according to weather authorities.