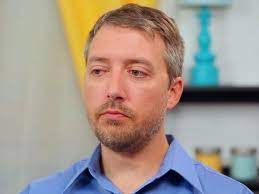 Jason Hitch, the reality TV personality who found short-lived love on the second season of 90 Day Fiance, has died of Covid-19 at age 45.

Hitch’s sister, Shannon, told TMZ that he had been hospitalised in Florida and died Tuesday (Dec 14) night, surrounded by family.

He was unvaccinated but had no known pre-existing conditions.

“We are saddened to hear about the passing of Jason Hitch and send our sincere condolences to his family and friends at this time,” TLC said in a statement.

Hitch, a Florida native and US Army veteran, joined the dating show in 2014 alongside Cassia Tavares, a Brazilian woman who had moved to the US for him.

The couple separated in 2017 and divorced a year later.

“It’s always sad when someone you spent part of your life with stops breathing. I guess one could never be prepared for that. I wasn’t, today,” Tavares wrote on Instagram Wednesday.

“When I started receiving messages, I thought it was a joke. I’m shocked. My condolences to his family and friends. Rest in Peace, Jason.” – New York Daily News/Tribune News Service